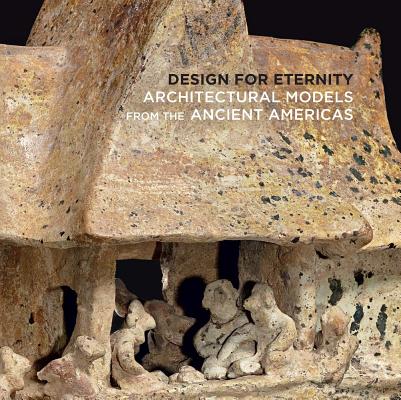 Architectural Models from the Ancient Americas

From the first millennium B.C. until the arrival of Europeans in the 16th century, artists from across the ancient Americas created small-scale architectural effigies to be placed in the tombs of important individuals. These works in stone, ceramic, wood, and metal range from highly abstracted, minimalist representations of temples and houses to elaborate complexes populated with figures, conveying a rich sense of ancient ritual and daily life. Although described as models, these effigies were created not so much as reflections or prototypes of existing structures, but rather as critical, conceptual components of funerary practice and beliefs about an afterlife.

Design for Eternity is the first publication in English to explore these architectural works, providing new insights into ancient American design and how it reflected the practices of daily life. The vivid illustrations and texts focus on architectural representation, as well as the role these intriguing sculptures played in mediating relationships among the living, the dead, and the divine.

Joanne Pillsbury is Andrall E. Pearson Curator in the Department of the Arts of Africa, Oceania, and the Americas at The Metropolitan Museum of Art, New York.
Loading...
or
Not Currently Available for Direct Purchase