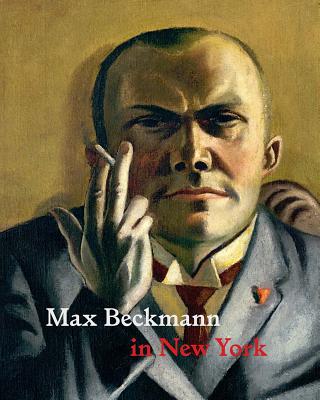 The prominent German Expressionist painter Max Beckmann (1884–1950) is known for allegorical, autobiographical works that capture the doom and grotesquerie of World War I and the subsequent rise of Nazism. In 1937, under threat by the Nazi regime (which featured Beckmann’s work prominently in the notorious “Degenerate Art” exhibition that year), he and his wife relocated, first to Amsterdam, then to St. Louis, and eventually to New York City, where Beckmann died less than one year later. This revealing book focuses on the works produced during Beckmann’s final years and other pieces by the artist now found in New York collections.

Throughout his prolific career, Beckmann maintained a firm loyalty to representational painting, asserting his purpose to “get hold of the magic of reality and to transfer this reality into painting.” The deft and subtle layers of color and shadow, figures and allusions in his work resulted in captivating narrative images. Presenting a mesmerizing portrait of one of the 20th century’s most enigmatic and challenging artists, Max Beckmann in New York features beautiful reproductions of Beckmann’s remarkable artworks, accompanied by an engaging essay by acclaimed art historian Sabine Rewald that contextualizes his paintings and provides insight into his tumultuous life.

Sabine Rewald is Jacques and Natasha Gellman Curator in the Modern and Contemporary Department, The Metropolitan Museum of Art.
Loading...
or
Not Currently Available for Direct Purchase