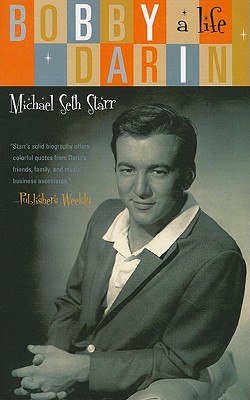 Bobby Darin fit a lot into his 37 years. By the age of 22, Darin topped the charts, but soon reinvented himself as a Sinatra-style crooner, winning a Grammy Award, the adulation of millions, a Hollywood contract, and a starlet wife. Bobby Darin examines the entertainer's entire life, from his boyhood in the Bronx to his rise as a musical sensation, his rocky marriage to Sandra Dee, the evolution of his career, and the shocking secret Darin learned later in life.

Entertainment columnist for the New York Post, Michael Seth Starr is the author of Mouse in the Rat Pack, Art Carney: A Biography, and Peter Sellers: A Film History.
Loading...
or
Not Currently Available for Direct Purchase