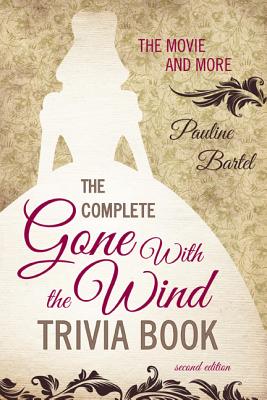 The Complete Gone With the Wind Trivia Book

The Movie and More, Second Edition

A Must-Have for Gone With the Wind Fans From Margaret Mitchell's tattered manuscript to the film's seventy-fifth anniversary, this book is a behind-the-scenes chronicle of Gone With the Wind--the book, the movie, and the phenomenon that continues today. Related in loving detail are inside stories of the writing and publishing of the novel; the Hollywood frenzy of transforming the book into film, including casting headaches, on-set tensions, and jinxed scenes; the premiere; and the Academy Awards. This updated edition also contains the scoop on the publication of two GWTW sequels; the disastrous debut of the Scarlett television miniseries; the post-GWTW lives of cast members, such as the news of Gable's secret lovechild; the restoration of three original costumes in time for GWTW's seventy-fifth anniversary; and much, much more. The reader-friendly format--fact-packed features, profiles, quizzes, and photographs--will delight any GWTW fan and make this the one book that no "Windie" can do without.

Pauline Bartel is an award-winning writer who has been a devoted "Windie" since the age of sixteen, when she first saw the film with her mother. Since then, Pauline has viewed the movie countless times and has collected an array of GWTW books and memorabilia. She is the author of six other popular culture books and is a member of the American Society of Journalists and Authors. She lives in Waterford, New York.
Loading...
or support indie stores by buying on