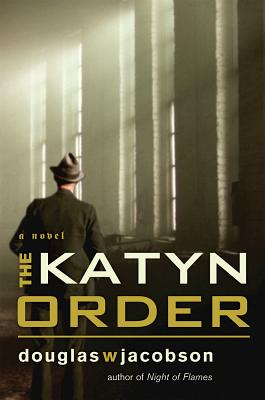 The German war machine is in retreat as the Russians advance. In Warsaw, Resistance fighters rise up against their Nazi occupiers, but the Germans retaliate, ruthlessly leveling the once-beautiful city. American Adam Nowak has been dropped into Poland by British intelligence as an assassin and Resistance fighter. During the Warsaw Uprising he meets Natalia, a covert operative who has lost everything—just as he has. Amid the Allied power struggle left by Germany’s defeat, Adam and Natalia join in a desperate hunt for the 1940 Soviet order authorizing the murders of 20,000 Polish army officers and civilians. If they can find the Katyn Order before the Russians do, they just might change the fate of Poland.

Douglas W. Jacobson is an engineer, a business owner, and a World War II history enthusiast. He is the author of Night of Flames, which won the 2007 Outstanding Achievement award from the Wisconsin Library Association. He lives in Elm Grove, Wisconsin.


Praise For The Katyn Order: A Novel…

"Well researched and skillfully executed . . . a highly readable work which is both informative and imaginative."  —The Historical Novels Review, on Night of Flames

"Jacobson follows his debut, Night of Flames, with another solid WWII thriller. The author makes the bloody fight for Warsaw both exciting and suspenseful . . . the saga of the brave men and women of the Armia Krajowa who must first battle the Germans and then the Russians [is] the heart of the story." —Publishers Weekly (March 16, 2011)

"[Jacobson crafts] a well-constructed struggle between Communist and Nazi psychopaths and two lovers risking all to relieve Polish suffering." —Historical Novels Review (May 2011)

"Jacobson tells a riveting tale . . . combining . . . a moving love story and a detail-rich recreation of the Resistance fighter's world. Don't miss this one." —Booklist (May 1, 2011)