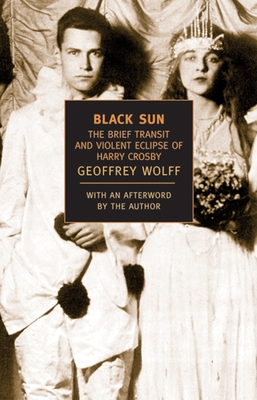 The Brief Transit and Violent Eclipse of Harry Crosby

Includes an afterword by the author

Harry Crosby was the godson of J. P. Morgan and a friend of Ernest Hemingway. Living in Paris in the twenties and directing the Black Sun Press, which published James Joyce among others, Crosby was at the center of the wild life of the lost generation. Drugs, drink, sex, gambling, the deliberate derangement of the senses in the pursuit of transcendent revelation: these were Crosby's pastimes until 1929, when he shot his girlfriend, the recent bride of another man, and then himself.

Black Sun is novelist and master biographer Geoffrey Wolff's subtle and striking picture of a man who killed himself to make his life a work of art.

Geoffrey Wolff is the author of three other works of nonfiction—The Art of Burning Bridges: A Life of John O’Hara; The Duke of Deception, a memoir; and A Day at the Beach, a collection of personal essays—as well as six novels, most recently The Age of Consent. In 1994 he received the Award in Literature from the American Academy of Arts and Letters. Mr. Wolff is the director of the graduate fiction program at the University of California, Irvine.
Loading...
or support indie stores by buying on