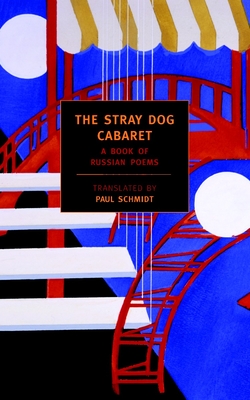 A Book of Russian Poems

A master anthology of Russia’s most important poetry, newly collected and never before published in English

In the years before the 1917 Russian Revolution, the Stray Dog cabaret in St. Petersburg was the haunt of poets, artists, and musicians, a place to meet, drink, read, brawl, celebrate, and stage performances of all kinds. It has since become a symbol of the extraordinary literary ferment of that time. It was then that Alexander Blok composed his apocalyptic sequence “Twelve”; that the futurists Velimir Khlebnikov and Vladimir Mayakovsky exploded language into bold new forms; that the lapidary lyrics of Osip Mandelstam and plangent love poems of Anna Akhmatova saw the light; that the electrifying Marina Tsvetaeva stunned and dazzled everyone. Boris Pasternak was also of this company, putting together his great youthful hymn to nature, My Sister, Life.

It was a transforming moment—not just for Russian but for world poetry—and a short-lived one. Within little more than a decade, revolution and terror were to disperse, silence, and destroy almost all the poets of the Stray Dog cabaret.

Praise For The Stray Dog Cabaret: A Book of Russian Poems…

"On New Year's Day, 1912, a cabaret with the cock-a-snook name Stray Dog opened in St. Petersburg, Russia, and became the place where the avant-garde met, debated, performed, and otherwise presented itself to itself. Habitues included the greatest concentration of major poets in Russian history, all born between 1800 and 1895...This book conjures their group's initial passion, humor, and revolutionary zeal." --Booklist

"He never translated from a language that he didn't know the way a poet knows language…He understood what it meant for words to live inside an actor's body, what it meant for language to be embodied in space by a living breathing performer."–The Boston Phoenix

“Schmidt's translations of Chekhov have been successfully staged all over the U.S. by such theatrical directors as Lee Strasberg, Elizabeth Swados, Peter Sellars and Robert Wilson. Critics have hailed these translations as making Chekhov fully accessible to American audiences. They are also accurate -- Schmidt has been described as "the gold standard in Russian-English translation" by Michael Holquist of the Russian department at Yale University.”–From The Plays of Anton Chekhov

Paul Schmidt wrote many award winning translations. He held a Ph.D in Slavic Literature from Harvard and was a professor of Russian literature at the University of Texas and Wellesley College. His critical essays appeared in The Nation, The New York Review of Books, and Delos. He was a recipient of a fellowship from the National Endowment for the Arts.

Catherine Ciepiela is Professor of Russian at Amherst, and author of The Same Solitude, a book about Marinas Tsvetaeva's long-distance romance with Boris Pasterna.

Honor Moore's collections of poems are RedShoes, Darling, and Memoir. She edited Amy Lowell: Selected Poems for the Library of America and is author of The White Blackbird, a life of her grandmother, the painter Margarett Sargent.
Loading...
or
Not Currently Available for Direct Purchase