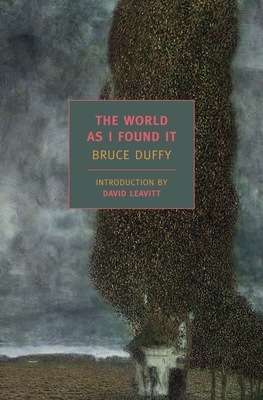 The World as I Found It

When Bruce Duffy’s The World As I Found It was first published more than twenty years ago, critics and readers were bowled over by its daring reimagining of the lives of three very different men, the philosophers Bertrand Russell, G. E. Moore, and Ludwig Wittgenstein. A brilliant group portrait with the vertiginous displacements of twentieth-century life looming large in the background, Duffy’s novel depicts times and places as various as Vienna 1900, the trenches of World War I, Bloomsbury, and the colleges of Cambridge, while the complicated main characters appear not only in thought and dispute but in love and despair. Wittgenstein, a strange, troubled, and troubling man of gnawing contradictions, is at the center of a novel that reminds us that the apparently abstract and formal questions that animate philosophy are nothing less than the intractable matters of life and death.

Praise For The World as I Found It…

“The World As I Found It is both thought-provoking and hard to put down—a good read. It should be fascinating not only to Wittgenstein buffs, but to anyone who is curious about the ways philosophy and life both arise from each other and wage war on each other.”
—Vicki Hearne

“Bruce Duffy's novel The World As I Found It, published in 1987, was one of the more astonishing literary debuts in recent memory. In defiance of common practice, Mr. Duffy gave the world not a tender, autobiographical coming-of-age story or a slim collection of finely wrought tales of family dysfunction but more than 500 pages of dazzling language and dizzying speculation on the life of Ludwig Wittgenstein.” —A.O. Scott, The New York Times

“A novel constructed out of the lives, thoughts, appetites, egos, the very toenails and pocketwatches of Wittgenstein, Bertrand Russell, and G.E. Moore…astonishing.” —Los Angeles Times

“Duffy has sustained a miracle. A rich, eloquent, poised masterwork that succeeds beyond one’s most generous expectations.” —Philadelphia Inquirer

“By turns wicked, melancholy, and rhapsodic, The World As I Found It is an astonishing performance, a kind of intellectual opera in which each abstraction gets its own artist.” —Newsday

“It is hard to know which is the more outsized—the talent of Bruce Duffy or his nerve. Duffy is a superb writer.” —Los Angeles Times

“Bruce Duffy's dazzling first novel, The World As I Found It blends fact and fiction in a story based on the unlikely figure of philosopher Ludwig Wittgenstein and his idiosyncratic quest for meaning in what he saw as the 20th century's chamber of horrors.” —United Press International, November 1988

“Stunning, bold first novel very loosely based on the erratic career of Austrian philosopher Ludwig Wittgenstein…Duffy has concocted letters, rearranged biography, toyed with language and philosophy, and come up with an idiosyncratic tale that, line after line, crackles with sharp wit. A spectacular first showing.” —Kirkus

"This brilliant fiction could be mistaken for a racy biography of Wittgenstein, although it is only a broadly accurate account of the man. Duffy writes as memorably about sex and trench warfare as about philosophy." —Austin MacCurtain, The Sunday Times (London)

"Bruce Duffy's superb novel The World As I Found It, based on the life of Ludwig Wittgenstein, another seminal modern figure whose sexual life is handled circumspectly and who is also a guilt-ridden participant in the Great War." —Leslie Epstein, The New York Times

A 'sweeping arrangement of fact and fancy' about the philosopher Ludwig Wittgenstein." —George Johnson, The New York Times

“Abundant with life and almost unflaggingly interesting…The enigmatic Wittgenstein could imagine the unimaginable, but never would he have imagined it possible that he would one day appear as the protagonist of a novel and a delightful one, at that.” —Publishers Weekly

“…readers who like a broad canvas will find this work appealing, moving as it does from uppercrust Vienna to pre-war Cambridge to the battlefields of World War I and World War II…compelling.” —Barbara Hoffert, Library Journal

Bruce Duffy is the author of the autobiographical novel Last Comes the Egg (1997), and—to appear June 2011—Disaster Was My God, a novel based on the life and work of the poet Arthur Rimbaud. An only child raised in a Catholic middle-class family in suburban Maryland, Duffy sees the 1962 death of his mother—essentially by medical malpractice— as what pushed him to be a writer. Duffy graduated from the University of Maryland in 1973, and has hitchhiked twice across the United States, worked construction, washed dishes, hopped freight trains with hoboes, and reported stories that have taken him to Haiti, Bosnia, and Taliban Afghanistan. Today he lives just outside Washington, D.C., works as a speechwriter, is married to a psychotherapist, and has two grown daughters and a stepson. Writing in Salon, Joyce Carol Oates named The World As I Found It as one of “five great nonfiction novels,” calling it “one of the most ambitious first novels ever published.” A former Guggenheim
fellow, Duffy has won the Whiting Writers’ Award and a Lila Wallace–Reader’s Digest Award.


David Leavitt ’s books include The Man Who Knew Too Much: Alan Turing and the Invention of the Computer and the novel The Indian Clerk, a finalist for both the PEN/Faulkner Prize and the IMPAC /Dublin Literary Award. He co-directs the MFA program in Creative Writing at the University of Florida.Bruce Duffy was born in Washington, D.C., the son of Irish American parents. His novels include The World as I Found It and Last Comes the Egg. He is the recipient of a Guggenheim Fellowship, a Whiting Award, and the Lila Wallace-Reader’s Digest Award. He lives in Maryland.