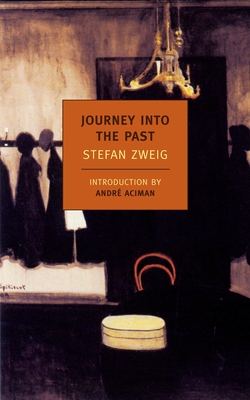 Journey Into the Past

A deep study of the uneasy heart by one of the masters of the psychological novel, Journey into the Past, published here for the first time in America, is a novella that was found among Zweig’s papers after his death. Investigating the strange ways in which love, in spite of everything—time, war, betrayal—can last, Zweig tells the story of Ludwig, an ambitious young man from a modest background who falls in love with the wife of his rich employer. His love is returned, and the couple vow to live together, but then Ludwig is dispatched on business to Mexico, and while he is there the First World War breaks out. With travel and even communication across the Atlantic shut down, Ludwig makes a new life in the New World. Years later, however, he returns to Germany to find his beloved a widow and their mutual attraction as strong as ever. But is it possible for love to survive precisely as the impossible?

Praise For Journey Into the Past…

"A brilliant Austrian writer whose work brings to mind that of his compatriot Joseph Roth…a treat of prewar European literature" —Sylvia Brownrigg, The New York Times

“The latest novella available to English-speaking readers, Journey Into the Past—found among Zweig’s papers after his death and now published by New York Review Books Classics in a masterly translation by Anthea Bell and with an introduction by André Aciman…” —Words Without Borders

"Journey into the Past is vintage Stefan Zweig—lucid, tender, powerful and compelling.” —Chris Schuler, The Independent

“The art is in the telling…a powerful love story…Excellent Foreword by writer Paul Bailey” —David Herman, The Jewish Chronicle

"One hardly knows where to begin in praising Zweig’s work. One gets the impression that he actively preferred to write about women, and about the great moral crises that send shivers down the spines of polite society" —Nicholas Lezard, The Guardian

"My advice is that you should go out at once and buy his books" —Anthony Daniels, The Sunday Telegraph

"A remarkable tour de force…this is a masterclass in the language of beautiful storytelling." —Paul Blezard, The Lady

"Zweig belongs with three very different masters who each perfected the challenging art of the short story and the novella: Maupassant, Turgenev and Chekhov" —Paul Bailey

Stefan Zweig (1881–1942), novelist, biographer, poet, and translator, was born in Vienna into a wealthy Austrian Jewish family. During the 1930s, he was one of the best-selling writers in Europe, and was among the most translated German-language writers before the Second World War. With the rise of Nazism, he moved from Salzburg to London (taking British citizenship), to New York, and finally to Brazil, where he committed suicide with his wife. New York Review Books has published Zweig’s novels The Post-Office Girl and Beware of Pity as well as the novella Chess Story.

André Aciman is the author of the novels Eight White Nights and Call Me by Your Name, the nonfiction works Out of Egypt and False Papers, and is the editor of The Proust Project. He teaches comparative literature at the Graduate Center of the City University of New York.