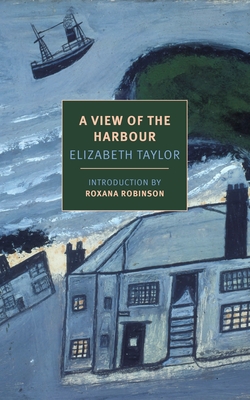 A View of the Harbour

Blindness and betrayal are Elizabeth Taylor’s great subjects, and in A View of the Harbour she turns her unsparing gaze on the emotional and sexual politics of a seedy seaside town that’s been left behind by modernity. Tory, recently divorced, depends more and more on the company of her neighbors Robert, a doctor, and Beth, a busy author of melodramatic novels. Prudence, Robert and Beth’s daughter, disapproves of the intimacy that has grown between her parents and Tory and the gossip it has awakened in their little community. As the novel proceeds, Taylor’s view widens to take in a range of characters from bawdy, nosey Mrs. Bracey; to a widowed young proprietor of the local waxworks, Lily Wilson; to the would-be artist Bertram—while the book as a whole offers a beautifully observed and written examination of the fictions around which we construct our lives and manage our losses.


Praise For A View of the Harbour…

“Like her stories, [Elizabeth Taylor’s] novels are stitched together out of a series of fragmented scenes. They are remarkable…for their implacable evenness of sympathy and lack of a unifying consciousness…A View of the Harbour may be Taylor’s most nuanced study of the push and pull between domestic and artistic labor.” —Namara Smith, The New Yorker

“A View of the Harbour is Taylor’s lightest novel, and by that I mean that it’s done with an exquisite lightness of touch. It has a large cast, a musical rondo-like structure, and it’s her happiest novel, too, but happy in the way of, say, Così fan tutte or Bergman’s Fanny and Alexander, where the infelicities of life are shown through the prism of an exquisitely aesthetic sensibility. There is no dodging of dark themes and no escape, but only a filtering.” —Neel Mukherjee, Boston Review

“There is certainly little melodrama in Taylor’s novels; there are no heroes, and no improbable villains, only flawed, likeable characters negotiating the ordinary small crises of marriage, family and friendship.” —Sarah Waters

“Her best novels—At Mrs. Lippincote’s (1945), A View of the Harbour (1947), A Game of Hide and Seek (1951)—are, in spite of their prim titles, funny, savage and full of loneliness and suppressed emotion. For her characters, as for their author, propriety is a survival mechanism, a way of keeping the show on the road.” —Rachel Cooke, The Guardian

Elizabeth Taylor (1912–1975) was born into a middle­-class family in Berkshire, England. She held a variety of positions, including librarian and governess, before marrying a businessman in 1936. Nine years later, her first novel, At Mrs. Lippincote’s, appeared. She would go on to publish eleven more novels, including Angel and A Game of Hide and Seek (both available as NYRB Classics), four collections of short stories (many of which originally appeared in The New Yorker, Harper’s, and other magazines), and a children’s book, Mossy Trotter, while living with her husband and two children in Buckingham­shire. Long championed by Ivy Compton­-Burnett, Barbara Pym, Robert Liddell, Kingsley Amis, and Elizabeth Jane Howard, Taylor’s novels and stories have been the basis for a number of films, including Mrs. Palfrey at the Claremont (2005), starring Joan Plowright, and François Ozon’s Angel (2007). In 2014, NYRB Classics published You’ll Enjoy It When You Get There, a selection of Taylor’s stories, edited by Margaret Drabble.

Roxana Robinson is the author of eight works of fiction, including the novels Cost and Sparta. She is also the author of Georgia O’Keeffe: A Life. A Guggenheim fellow, she edited The New York Stories of Edith Wharton, published by NYRB Classics in 2007.

How do Elizabeth Taylor’s descriptions of characters

watching the harbor town through windows mirror the

way in which Taylor structures and narrates the novel?

Bertram and Beth are both artists—one a painter, the

other a writer. In what ways do their attitudes toward

their work and “the life of an artist” differ?

A View of the Harbour is set in the years following World War II. Did

you feel that the post-war setting affected the mood of the novel?

Where in the novel did you find Taylor’s use of irony most effective?

On page 186, Beth contemplates the responsibilities of women versus

the duties of men. “‘A man,’ she thought suddenly, ‘would consider this

a business outing. But then, a man would not have to cook the meals

for the day overnight, nor consign his child to a friend, nor leave halfdone

the ironing, nor forget the grocery orders as I now discover I

have forgotten it. The artfulness of men,’ she thought. ‘They implant in

us, foster in us, instincts to which, in the end, we feel the shame of not

give you a sense of the author’s thoughts on art vs. domestic life? Is

there any character in the book who seems to succeed at both?

In the introduction to A View of the Harbour, Roxana Robinson writes,

“A quietly subversive strain runs throughout [Taylor’s] work.” In what

ways did you find the novel subversive?

Do you find Robert to be a sympathetic character? Did he become

more or less so because of the way he handles the affair with Tory?

How does the harbor town itself act as a character in the book?

Prudence, often described as “poor Prudence,” is stuck between

school, and finding work and marriage. To what degree do you think

Prudence’s condition is influenced by her family, the time period in

which she lives, and her own personality?

What were your impressions of Tory? Did you sympathize with her

at any points in the novel? In what ways does Taylor make Tory a

complicated character? Did you find the return of her ex-husband,

Teddy, to be a satisfying end to the novel?