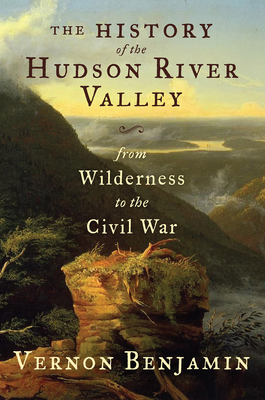 The History of the Hudson River Valley

From Wilderness to the Civil War

Over the next two centuries, this drowned landscape would be the site of a truly historic flowering of art, literature, architecture, innovation, and revolutionary fervor—drawing comparisons to another fertile cultural haven built around a might mighty river in Western Europe. As historian Vernon Benjamin chronicles, the Hudson River Valley has been a place of contradictions since its first settlement by Europeans. Discovered by an Englishman who claimed it for the Dutch, the region soon became home to the most vibrant trading outpost for the New World colonies—the Island of Manhattan—even as the rest of the valley retained the native beauty that would inspire artists from James Fenimore Cooper to Thomas Cole. Because of its unique geography and proximity to Canada, the Hudson Valley became the major theater for the battle between empires in the French and Indian War. When the colonists united in rebellion against the British several decades later, conflict came to the region once again, with decisive military engagements from Saratoga to West Point to the occupied New York Harbor. In the aftermath, New York emerged as the capital of a new nation, and wealth from the city flowed north to the burgeoning Valley, leading to a renaissance of culture and commerce that is still evident today. Richly illustrated and scrupulously researched, Vernon Benjamin’s magisterial new history will be the definitive text for years to come.

Vernon Benjamin has lectured on the history of the Hudson Valley at Marist College and Bard College since 2003. He holds a Masters in Literature from Long Island University and a Bachelors in Sociology from Siena College. A former editor of the New Saugerties Times, he has written extensively on the Hudson Valley for various publications and has appeared on C-SPAN. He lives in Saugerties, New York.
Loading...
or support indie stores by buying on
(This book is on backorder)