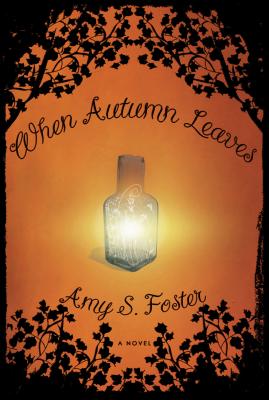 This is a town where the shoes in the window always fit, where you can buy a love potion at the corner shop, and where the woods at the outskirts of town just might be the door to another world. And, of course, there's Autumn, Avening's beloved resident witch. From what's known of its mythical founding, Avening has always been a haven for people who are a little bit different, a place where they can come to discover what makes them so special. When Autumn receives news that she's been promoted to a higher coven, she also learns she has to replace herself. But who in Avening is in tune enough with her own personal magic to take over the huge responsibility of town witch? Autumn has a list of thirteen women and men who just might have what it takes-but how can she get them to open their eyes to the magic in their lives? This endlessly surprising and heart-warming debut is the story of coming to terms with the magical things we take for granted every day-our friends, our community, and, most of all, ourselves.

Amy Foster 's first foray into writing was coming up with some lyrics as a favor for her father, who was producing then-unknown Josh Groban. The song "Home to Stay" made it on the record, which went on to sell over 5 million copies. Since then, Amy has written songs for Diana Krall, Eric Benet, Michael Buble, Destiny's Child, and Andrea Bocelli, who performed her song at the 2006 Olympics. This is her first novel.
Loading...
or
Not Currently Available for Direct Purchase