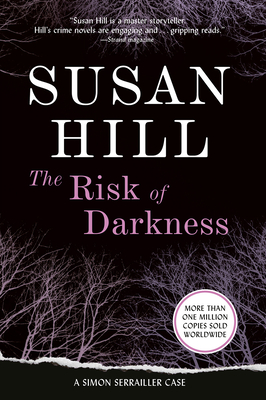 The Risk of Darkness

We met Simon Serrailler first in The Various Haunts of Men and got to know him better in The Pure in Heart. Susan Hill's third crime novel, The Risk of Darkness-perhaps even more compulsive and convincing than its predecessors-explores the crazy grief of a widowed husband, whose derangement turns into obsession and threats, violence and terror. Meanwhile, handsome, introverted Simon Serrailler, whose cool reserve has broken the hearts of several women, finds his own heart troubled by the newest recruit to the Cathedral staff: a feisty female Anglican priest with red hair. The Risk of Darkness is truly the work of a writer at the top of her form.