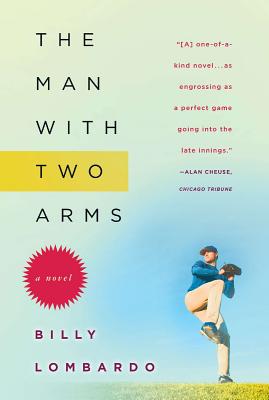 The Man with Two Arms

He even turns the basement into an indoor stadium. Danny quickly distinguishes himself from his peers, most conspicuously by his ability to throw perfectly with either arm-a feat virtually unheard of in baseball. But he also possesses a visionary gift that not even he understands. Danny becomes a superior athlete, skyrocketing through the minor leagues and into the majors where he experiences immediate success, breaking records held for decades. When a journalist, a former student of Henry's hungry for a national breakout story, exaggerates the teacher's obsession and exposes him to the world as a monster, all hell breaks loose and the pressures of media and celebrity threaten to disrupt the world that Henry and Danny have created. A baseball novel--and much more--The Man with Two Arms is a story of the ways in which we protect, betray, forgive, love, and shape each other as we attempt to find our way through life.

Billy Lombardo is the author of four books of fiction: The Logic of a Rose: Chicago Stories, How to Hold a Woman, The Man With Two Arms, and The Day of the Palindrome. He is also the author of Meanwhile, Roxy Mourns, a book of poetry/prose. Billy is the co-founder and managing editor of Polyphony H.S., an international student-run literary magazine for high school writers and editors. He was the 2011 Artist-in-Residence at Illinois Benedictine University, and currently teaches English Literature and Creative Writing at The Latin School of Chicago. He is the 2011 recipient of the Nelson Algren Award.
Loading...
or
Not Currently Available for Direct Purchase