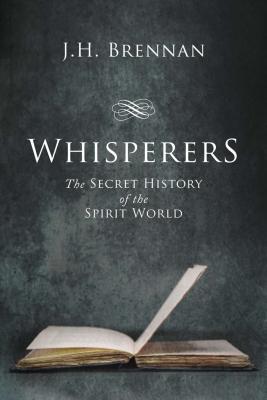 The Secret History of the Spirit World

It may seem incredible, but as J. H. Brennan reveals in this eye-opening new history, there is a wealth of evidence to suggest that such whisperings are not only possible, but that they have occurred again and again, subtly directing the course of human events. In Whisperers, bestselling novelist and expert on the occult J. H. Brennan explores how the "spirit world"--whether we believe in it or not--has influenced our own since the dawn of civilization. With a novelist's flair and a scholar's keen eye, Brennan details the supernatural affinities of world leaders from King Nebuchadnezzar to Adolf Hitler, showing how the decisions and policies of each have been shaped by their supernatural beliefs and encounters. Brennan also examines the impact of visions, from Shamanism in native cultures to prophets such as Joan of Arc. Chronicling millennia of contact between the spirit world and our own, Whisperers presents an entirely new and different way to look at history.

J.H. Brennan is the author of more than twenty books, including the New York Times bestselling Faerie Wars series of novels and numerous books on the occult. He holds a Master's degree from the University of Exeter.
Loading...
or
Not Currently Available for Direct Purchase