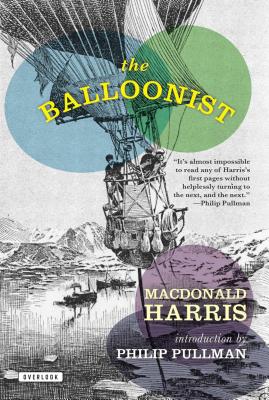 It is July 1897, at the northernmost reach of the inhabited world. A Swedish scientist, an American journalist, and a young, French-speaking adventurer climb into a wicker gondola suspended beneath a huge, red-and-white balloon. The ropes are cut, the balloon rises, and the three begin their voyage: an attempt to become the first people to set foot on the North Pole, and return, borne on the wind. Philip Pullman says in his foreword: "Once I open any of MacDonald Harris’s novels I find it almost impossible not to turn and read on, so delightful is the sensation of a sharp intelligence at work. In The Balloonist , we see all of his qualities at their best."

Donald Heiney (MacDonald Harris was a pseudonym) was born in 1921 and died in 1993. He is the author of sixteen novels, including The Balloonist and Tenth. In 1982, he received the Award in Literature of the American Academy and Institute of Arts and Sciences for the sum of his work.
Loading...
or
Not Currently Available for Direct Purchase