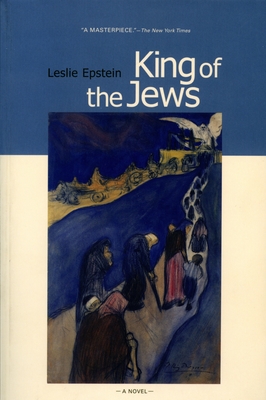 King of the Jews

This 1979 classic tells the darkly humorous story of I.C. Trumpelman, a man whose fancy determines the fate of others. Chosen as the head of a Judenrat, Trumpelman thrives on the power granted him and creates an authoritarian regime of his own within the ghetto. By turns a con man, charismatic leader and merciless dictator, Trumpelman reveals himself as an extraordinarily complex protagonist.

Now available in a new paperback edition from Handsel Books, King of the Jews will continue to be an extraordinary vision of occupied Poland, and offer stunning insight through the trappings of history to questions of equal moral complexity today.

"The best book yet to be written on the Holocaust. A superb novel."
-San Francisco Chronicle

"Remarkable. A lesson in what artistic restraint can do to help us imagine the dark places in our history."
-The New York Times Book Review

"Profoundly daring...Epstein can summon up life from the bottom of despair."
-The Boston Globe

"Epstein has done the impossible. He has shown what the power of art--of his art—can reveal of the depths of the unspeakable."
-The Philadelphia Inquirer

Leslie Epstein, whose father and uncle, Philip G. and Julius J. Epstein, wrote Arsenic and Old Lace, Casablanca, and many other classics of the golden era of films, is the author of nine previous books of fiction, including King of the Jews and San Remo Drive, both published by Handsel Books/Other Press. He lives in Brookline, Massachusetts, where for many years he has directed the Creative Writing Program at Boston University.
Loading...
or
Not Currently Available for Direct Purchase