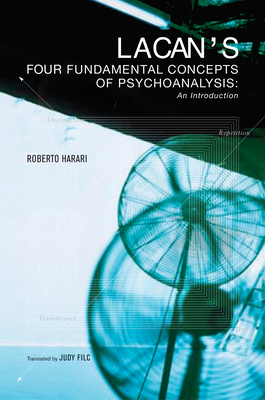 Harari provides an introductory display of essential themes developed in Lacan's Four Fundamental Concepts of Psychoanalysis, and offers his own insightful reading of the text's central ideas. These ten classes, sparked by the crucial Seminar XI within the teaching of Lacan, reframe a wide range of questions in psychoanalysis for the professional in the field, scholars and students across disciplines, and interested lay readers.

Harari is so at ease with Lacan's oeuvre that he can dismantle and rebuild its structure so that order and logic suddenly appear inherent to Lacan's way of thinking. The unconscious, transference, repetition, and the drive are here reintroduced, not only to do justice to Freud's insights, but also to link these concepts to the larger question of the complex relationships between psychoanalysis, religion, and science. Harari's didactic approach and his analytic style come together to bring us one step closer to understanding Lacan and one step closer to understanding ourselves.

Roberto Harari, Ph.D., has been a psychoanalyst in Buenos Aires since 1965. He is a charter member and former President of Mayica-Institucisicoanalca. Since 1986, he has directed the Freud-Lacan Collection in Ediciones Nueva Visi. Harari has published more than 200 articles in international magazines, and is the author of sixteen books. Several have been translated into French and Portuguese.
Loading...
or
Not Currently Available for Direct Purchase