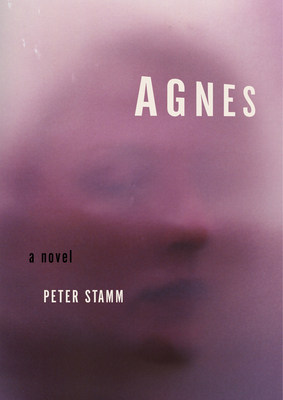 “Write a story about me,” Agnes said to her lover, “so I know what you think of me.” So he started to write the story of everything that had happened to them from the moment they met.

At first, he works with Agnes to create a narrative that is most true to life, but as time passes and he grows more enamored with the narrative he has begun, he continues writing on his own, imagining a future for them after he reaches the present. Happy couples do not necessarily make for compelling reading, and as Agnes sees the unexpected plot he has planned for her, the line between fiction and reality begins to blur.

In this unforgettable and haunting novel Stamm incisively examines the power of storytelling to influence thought and behavior, reaching a chilling conclusion.

Michael Hofmann has translated the work of Gottfried Benn, Hans Fallada, Franz Kafka, Joseph Roth, and many others. In 2012 he was awarded the Thornton Wilder Prize for Translation by the American Academy of Arts and Letters. His Selected Poems was published in 2009, Where Have You Been? Selected Essays in 2014, and One Lark, One Horse: Poems in 2019. He lives in Florida and London.

Praise For Agnes: A Novel…

“A kind of parable…simple and haunting.” —New York Review of Books

“This short novel should appeal to readers enchanted by [Stamm’s] elliptical style…an extended meditation on the interrelationship between life and fiction.” —Kirkus Reviews

“This tale moves briskly and plausibly toward the dark conclusion it announces at the outset. Stamm manages to dramatize the truism that writers become caught up in the world their words create, that readers become enamored of characters in fiction, and both mourn when characters suffer…gripping…unsettling.” —Booklist
or support indie stores by buying on
Copyright © 2020 American Booksellers Association