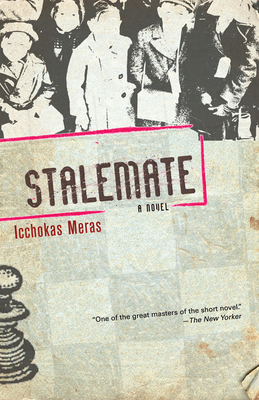 A classic of Holocaust literature from “one of the great masters of the short novel.”
—The New Yorker

In the Vilna Ghetto during World War II, Nazi Commandant Schoger demands that all children be sent to the death camp. When Abraham Lipman pleads with him to spare their lives, Schoger reconsiders, and tells Lipman there will be a chess match between himself and Lipman’s only surviving son, Isaac, a chess prodigy. If Isaac wins, the children will live, but Isaac will die. If Isaac loses, the children will die, but Isaac will live. Only a draw will save the ghetto from this terrible predicament.

The chess game begins: a nightmarish contest played over the course of several evenings, witnessed by an audience impotent to act, staking the lives of their children on a stalemate. This is a moving story of a father and a son who shame their cruel perpetrator with their dignity, spirit, and extraordinary courage. Stalemate speaks to the power of humor even under the direst circumstances. As a parable that gives voice to the unspeakable, Stalemate is an antidote to despair.

Icchokas Meras was born in 1934 in Kelme, a town in northwestern Lithuania. His novels, short fiction, essays, and plays have been widely published and translated. Meras has been the recipient of many literary awards including the International Rememberance Award for Excellence and Distinction in the Literature of the Holocaust, for Stalemate. He currently lives in Holon, Israel.

Jonas Zdanys is the author of twenty-nine books, twenty-six of them collections of his own poetry and of his translations from Lithuanian. He serves presently as Chief Academic Officer in the Connecticut Department of Higher Education.
Loading...
or support indie stores by buying on