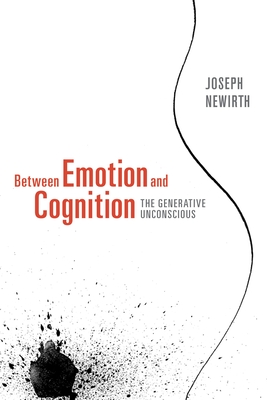 Between Emotion and Cognition

Modern individuals often enter analysis because of a feeling of hollowness; a deadened absence of aliveness, meaninglessness, and a sense of being alone in a world that seems otherwise exciting, engaging and alive. Joseph Newirth believes that these feelings reflect a disease of modern man which can be traced to a failure in the development of subjectivity. Through a careful reading of theory and well-reasoned presentations of case material, Newirth vividly evokes the contemporary dilemma of the individual’s lack of subjectivity.

Newirth draws on a wealth of clinical material to support his argument that traditional forms of interpretation are considerably less effective in the development of subjectivity than his alternative Neo-Kleinian approach. He contends that locating subjectivity in the unconscious frees us from the nineteenth century bias which privileged consciousness and rational thought, and suggests that the analytic enterprise is not to make the unconscious conscious, but rather to make the conscious unconscious.


Praise For Between Emotion and Cognition: The Generative Unconscious…

Choice Magazine 2004
"Drawing on his experience as an analyst, an academic, and a clinical supervisor, Newirth puts forward a bold reconceptualiztion of the unconscious, the "generative unconscious," as opposed to the repressive one of classical psychoanalytic theory. Newirth develops a neo-Kleinian perspective on the unconscious as a source of creativity and energy in opposition to the viewpoint that the unconscious is fundametally pathological. The theory that emerges is a judicious blend of Kleinian, Freudian, and Lacanian thought that is aimed at addressing what Newirth sees as the peculiarly postmodern crisis in subjectivity, namely, subjectivity's diminishment due to the misappropriation of the unconscious. The study of masochism is particulary trenchant. The book is brilliantly illustrated with case material . . . Highly recommended."

Psychologist-Psychoanalyst 2004
"In a scholarly, thoughtful, and astute presentation, and with clinical examples from his practice and supervision, Newirth demonstrates the refinement and utility of his approach . . . Newirth is especially clear in his articulation of Winnicott's contributions to technique, and in the description and use of Matte Blanco. This book is an excellent example of a seasoned clinician describing his own mature thinking about the clinical psychoanalytic enterprise, and making suggestions regarding newer, helpful ways for others to think about their patients, particularly the deadened and disconnected."