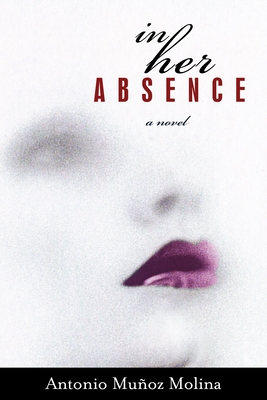 "[A] translucent novel of passion, illusion and social class....slyly witty and luminous."
—Francine Prose in O, The Oprah Magazine

During working hours, Mario is a dutiful bureaucrat, scrupulously earning his paycheck as an employee of the provincial Spanish town where he lives. But when he walks through the door of his apartment, he is transformed into the impassioned lover of Blanca, the beautiful, inscrutable wife he saved from the brink of personal crisis. For the love of Blanca, Mario eats sushi and carpaccio, nods in feigned understanding at experimental films, sits patiently through long conversations with her avant-garde friends, and conceals his disgust at shocking art exhibits.

Then, little by little, a strange and ominous threat begins to weigh on the marriage.

How can love survive its own disappearance? The desperate answer that Antonio Muñoz Molina proposes in this short, circular novella is a model of literary strategy and style, a splendid homage to Flaubert.

Praise For In Her Absence: A Novel…

"In this gem of a novella, Antonio Muñoz Molina deftly chronicles the trajectory of a failing marriage as a bureaucrat in a small town in south-central Spain struggles continually to win the affections of his discontented wife...In Her Absence is a stylish romance novella whose only enigma is the identity of 'the woman who was not Blanca.' A perfect gateway to Muñoz Molina's other works, In Her Absence will hopefully be the second in a string of English translations."

"[A] translucent novel of passion, illusion and social class...Ultimately, this slyly witty and luminous book (beautifully translated by Esther Allen) reveals itself as an inspired meditation on identity and illusion, culture and social class, and on what it means for a man to love a woman so much that he cannot imagine living--and indeed cannot live--without her."

Daniel Nemet-Nejat
"Mario, a bureaucrat in a provincial Spanish town, suspects that his pampered, emotionally unstable wife has been replaced by an impostor, one who is more accommodating and affectionate than his real spouse. The setup is delicious half borscht-belt joke, half Beckett...Mario's contortions to win and keep Blanca feigning interest in avant-garde culture, skipping work to clean and cook for her, and watching his every move offer a wry, fresh take on the games people play in order to keep love alive."

Washington Times
"Mr. Munoz Molina energizes every bit of every page with telling detail in a manner that recalls Flaubert's "Madame Bovary." Not a single word is wasted, and a reader aches for Mario who, in addition to being a virile, committed and decent man, cannot understand his wife's distance. Blanca's discontent is similar to Emma Bovary's, but it is an unease that has been updated to the 1980s and tweaked to include mystery and metaphysics...Long after the pages of this stunning little book end — much the way it began with Mario again faced with a woman who "looked so much like [Blanca]" — it is hard not to think of what becomes of the couple. Mr. Munoz Molina, twice the winner of Spain's prestigious Premio Nacional de Literartura prize, skillfully leads the reader to the story's conclusion but does not tip his hand. The pleasure of this deeply felt mystery of a book depends on what cannot be known with certainty. "

Propelled by an ironic sense of foreboding, this clever, circular account of the unraveling of a strained marriage follows Mario, a Spanish civil servant who thrives on routine, after he becomes convinced his wife, Blanca, has deserted him and left in her place an impostor. Mario blames himself for not paying closer attention to his beloved in happier times, but his more pointed regret centers around Lluís Onésimo, a "villainous multimedia artist" whose arrival in their small city of Jaén, Mario believes, doomed his marriage. Blanca, a longtime art lover, became fixated on Lluís and his art, the latest in a long line of Blanca's artists du jour. Indeed, Blanca's many small disappointments—a missed Frida Kahlo exhibition in Madrid, Mario's crude table manners, her boredom with mundane surroundings that she claims only "mental bureaucrats" could tolerate—have their roots in their divergent backgrounds—he grew up poor and has no use for the art scene; she comes from a background of privilege. In spare, well-crafted prose and through subtle suggestions, Molina delivers a taut investigation of romantic attachment that draws readers into an eerie spiral of suspicion where the line between questionable perceptions and reality is never quite clear.

"Muñoz, who shares some of Flaubert's feel for class distinctions and cultural pretensions, is one of Spain's most admired writers, and Esther Allen's fluid translation serves him well, conveying his deceptively spare style, sly wit and eye for telling details. Just don't expect a resolution of the mystery at the center of this book. It hangs in the air like Blanca's cigarette smoke: persistent, seductive, suffocating"

Erica Wright
At its best (Gabriel Garcia Marquez, Salman Rushdie, Angela Carter), magical realism lures in its readers, making the impossible seem merely improbable. Antonio Muñoz Molina’s novella, In Her Absence, is a supreme example of this technique. The mystery of the story—whether Mario’s wife, Blanca, has been replaced by someone identical—seems far-fetched and simultaneously believable. No, his real wife would never paint her toenails, and no, she would never watch soap operas. Flimsy evidence becomes convincing when placed in the thoughts of Mario, the most diligent—if not downright obsessive—husband imaginable.

In Her Absence is an untraditional love story not only because one of the lovers seems to have been replaced by a clone. Despite several years of marriage, Mario woos Blanca with the care of a newly infatuated man. He chews quietly, listens to music he doesn’t like, rushes home from work. Before Blanca’s possible disappearance, he was smug because “he alone had the privilege of desiring beyond all other women the precise woman he had married, and the absolute certainty that when he opened the door of his house, he would find her there.” Of course, this certainty is demolished when he comes home to find Blanca and her suitcase missing. And when someone identical to Blanca comes in several hours later, Mario’s blind love has been replaced by suspicion.

There is a subtlety to Molina’s writing that allows multiple themes to weave in and out without seeming heavy-handed. In Her Absence hints at being a warning against marrying above oneself. Blanca is part of the artistic set, a group that looks down on non-artists in general and bureaucrats particularly. However, Mario, something of a bureaucrat himself, at times looks down on Blanca’s interest in trendy artists. When his rival Onésimo enters the story and Blanca fawns over him, Mario thinks, “If you loved me, I’d make sure you never lost your self-respect.” Indeed, perhaps it is Blanca’s distance, not Mario’s, from the intelligentsia that is the real misfortune. And although Mario misses his fastidious wife, the new one who kisses passionately and smokes a cigarette before washing the dishes, is in many ways an improvement.

Molina’s talent for subtlety has had time to develop. The author of thirteen books, Molina is ranked among the most important living writers in Spain. For this novella, he is matched by his translator, Esther Allen, who has translated Javier Marías and Jorge Luis Borges among others. This team brought to life a mystery that is perhaps best left unsolved. It is the absence of answers as much as the absence of the real Blanca that creates such an innovative story.

This elegant, precise and inimitable novel focuses intensely and solely on Mario López, a not-quite-middle-aged civil servant working as a draftsman in the small city of Jaén, and his passionate yet painful relationship with Blanca, his wife of six years... The power is in the writing -- preserved masterfully in Esther Allen's translation -- the ability to slice away the exterior of a character like Mario and to offer a simple, naked view of his small joys and great sufferings. To watch a movie of a day in the life of Mario López would be to see only a man who gets up, dresses, goes to the office, returns, eats and sleeps. But Molina offers the reader a field trip into the soul of this ordinary man living his ordinary life. The result is nothing less than extraordinary.

Muñoz Molina layers a subtle satire of artistic hypocrisy with a stirring account of class separation.

Antonio Muñoz Molina was born in Spain in 1956. His thirteen books, including Sepharad and Winter in Lisbon have won two Premio Nacional de Literatura prizes and marked him as one of Spain’s most important living writers. He resides in New York City, where he is the director of the Cervantes Institute.