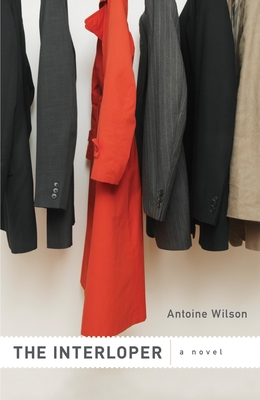 The debut from the author of Mouth to Mouth, a novel about obsession that makes for obsessive reading.

All Owen Patterson wants is an normal life, a happy marriage, and a stable family. But following the brutal and random murder of his brother-in-law, that dream is shattered. A year later, his wife is still in mourning and his in-laws won't talk about anything but their dead son.

The murderer, Henry Joseph Raven, has been put in prison, but as far as Owen is concerned, prison isn’t punishment enough. He embarks on a quest to "balance the scales of justice," writing letters to Henry Raven under the pseudonym Lily Hazelton. His plan: to seduce the murderer, make him fall in love with his fictional correspondent, and then break his heart. From one letter to the next, Lily Hazelton develops into a curious amalgam of details from Owen’s imagination, snatches of his difficult childhood, and memories of his cousin Eileen, a suicide who was his first true love. Not entirely in control of his own creation, Owen dives headfirst into the correspondence, only to find himself caught in the trap he’s set for Henry Raven.

Bringing together an epistolary game of cat and mouse with the harrowing record of one man’s psychological collapse, The Interloper is a compelling and original debut from a bold new writer.

"As assured and sumptuously written as any first novel I’ve encountered—Antoine Wilson’s prose sings, and the story he tells here is both clever and compelling. This is writing at its very best." — T. Coraghessan Boyle

Praise For The Interloper: A Novel…

One man's quest to avenge a relative's murder becomes an obsession...creepy...

Although his pedigree is impressive (Iowa Writer's Workshop, the Paris Review, "Best New American Voices"), Wilson has come seemingly out of nowhere to deliver a novel that is confident, well-paced and very, very creepy. Were he to meddle in literary affairs again and again, the world would be the better for it.

...the pathos, delusion and hope festering within Owen will carry readers through.

The pleasures of this wry debut novel lie not in wondering if things will turn out badly for Owen but in how badly they will go and how unreliable his narrative really is. Was his father a frustrated inventor or a drug-lab operator? Are his manuals brilliant or perennially late and barely readable? Is he just a bit odd or a full-blown nutter? Either way, Owen keeps his mind on the rails long enough to deliver an amusing account of the train wreck.

ForeWord Magazine
...Wilson takes his readers down a dark spiraling path with an ever-increasing tempo where past childhood memories and hatred collide with resounding tragedy.

OH, what thrilling dread, falling in with a character as twisted as the narrator of Antoine Wilson's terrific first novel, "The Interloper." It's like leaving a party with a designated driver, only to discover as you swerve down the driveway that your new friend is drunker than you are. Or worse, completely insane.

Your sketchy guide in "The Interloper" is Owen Patterson, an unexceptional writer of software manuals — a "solid B," he calls himself — whose marriage to the lovely Patty is only weeks old when Patty's brother C.J. is murdered.

While Patty and her family obsess over the loss, Owen convinces himself that his marriage has been ruined by injustice. The killer, Henry Joseph Raven, got only 20-some years, and in Owen's eyes, this is destroying his family. His sex life is bad. His in-laws are morose. His wife is encased in mourning black. Is it any wonder that Owen begins to feel some deep need to "unpoison the soil"?

Screwball plan ensues: Owen will secretly pose as an attractive, lonely woman, write letters to Raven in prison, get Raven to fall in love with the phony woman he's created, and then have her cruelly dump him. Take that, ruthless killer!

A contributing editor for the fine literary magazine A Public Space, Wilson writes a clean, restrained line that works well for the setup and for the creeping fun that follows: a manic, darkly comic descent into delusional obsession.

There is no shortage of clues from the outset that Owen is a little off, starting with the fact that he seems actually to believe that breaking the heart of a murderer will somehow "balance the scales of justice." As he's creating the woman who will woo Raven via the mail, Owen recalls his own first love, an older cousin who initiated him into sex and later died of a drug overdose. Owen samples her personality for these letters and even goes so far as to digitally superimpose this dead lover-cousin's face onto various female bodies in an effort to strike the perfect note of sexuality and neediness that would interest a lonely, incarcerated killer.

At this point, "The Interloper" becomes largely epistolary, as Wilson offers a pitch-perfect correspondence between the meek but decent "Lily" and the cruel but sensitive Raven. Owen steals the journal of his murdered brother-in-law, and as we read the entries and the letters, it's striking how fully Wilson can channel these characters through their writing. In fact, the invented Lily threatens to become the most real of all the people — for Owen and for the reader.

One might even begin to suspect Wilson of having wry postmodern intentions; perhaps a commentary on the novelist as sick ventriloquist, obsessive and more than a little weird. "I had to become Lily when I wrote," Owen tells us, "and even more so when I read." But Wilson's firm handle on his protagonist keeps any such abstraction at bay, and his story staggers cheerily from crime to satire to psychological study.

Orphaned by a mother who died and a father who drifted off, Owen is a cross-wired mess. Hard to say when you become aware of his complete unreliability — perhaps it's when (in an effort to think more like a seductive woman) he plays an awkward game of Frisbee with his wife while wearing the thong underwear he's recently stolen from her dresser. With his character Owen Patterson, Wilson seems to be nodding askew to the great James M. Cain losers who narrated their own sad tumbles from death row or a drifting ship. But Cain's sinners were driven by department-store lust and greed (and undone by the same) and keen enough to register the proper regret and self-loathing. Owen's bent personality comes from a deeper, more delusional and disturbing source. He actually believes what he's doing is right. And that it will work. And so he hums along like a cross between Dostoevsky's brooding Raskolnikov and Camus' maddeningly rational Meursault, overheated and illogical and, of course, doomed.

"It's the noblest mistake to see humanity in everyone," Owen says late in the game, and this goes for the reader as well. And if, in the last few chapters, Wilson whiffs on plot twists that come too fast and too conveniently, you're hooked enough by then to give him one. Or two. Anyway, you couldn't quit even if you wanted to, because Owen is at the wheel and you're just along for the ride, your hands gripping the dashboard as you careen toward that last hairpin turn.

Antoine Wilson's debut novel, The Interloper, is a thoroughly dark and uncannily disturbing assessment of psychological breakdown. It is a story that makes you think about what is normal and what is abnormal--and about the ends justifying the means...Wilson's well-written prose examines how obsession can lead to one's demise. With its disturbing plot and characters, The Interloper shows just how far a person will go to seek revenge...it is definitely worth a close read. Wilson has a promising career ahead of him.

[A] standout, tautly-written debut novel...At times horrifying and at times laugh out loud funny, The Interloper makes for compulsive reading...Wilson tightly orchestrates the entire disaster, leaving us wondering how badly things will end up...succeeding to write a gripping first novel that defies expectations.

Antoine Wilson’s work has appeared in The Paris Review, Best New American Voices, StoryQuarterly, and other periodicals. He is a graduate of the Iowa Writers' Workshop and recipient of the Carol Houck Smith Fellowship at the Wisconsin Institute for Creative Writing. He is a contributing editor of A Public Space. This is his first novel. He lives in Los Angeles.
Loading...
or support indie stores by buying on