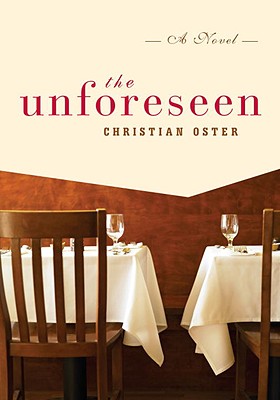 Oster’s stories are simple—at least if we mean stories that can be summarized in a few words. In the case of The Unforeseen, such a summary would begin like this: the narrator, who has a perpetual cold, lives with a woman who never catches a cold and so has the immediate intuition that the cold she has now, as the two of them drive together toward the sea at the opening of the novel, is a very bad omen indeed.

From the author of A Cleaning Woman, made into a film by Claude Berri, comes Oster’s new novel of perfect, erudite, and sometimes laughable sadness. Oster’s perceptive gaze, and the changing rhythm of his sentences, guide his reader through the psychological realism of obsession and desire. The honesty of emotion in The Unforeseen is matched only by its subversive intent.

Praise For The Unforeseen: A Novel…

Kirkus Reviews
Starred Review
If Eugène Ionesco had written Tolstoy’s “The Death of Ivan Ilyich,” he might have produced something very like this terse, teasing novelIt follows into English translation the veteran French author’s My Big Apartment (winner of the prestigious Prix Médicis) and A Cleaning Woman (the source of a recent film). It features an unnamed narrator about whom we know initially only that he suffers from a perpetual cold, which isn’t disabling, but does complicate his relationships with women: notably Laure, with whom he lives, and who’s accompanying him on a trip to the home of the narrator’s old friend Philippe to help celebrate the latter’s 50th birthday. In a subversively neutral voice, the narrator recounts how Laure takes ill, remains in the hotel where they had stopped en route and later returns home—as the narrator, resigned to attending Philippe’s party alone, hitches a ride with an amicable stranger (Gilles); is befriended by the latter and his wife and invited to Gilles’s birthday party (surely an innocent coincidence); meets a woman (Florence) who casually seduces him, then drives him to the threshold of his original destination—which can be reached only by boat. What he discovers in Philippe’s house, and during a subsequent visit to a nearby hospital, confirms the narrator’s paradoxical certainty that “Everything had happened just as I had decided it would.” Indeed. The book sneaks up on the reader skillfully, portraying its narrator as an introverted worrywart who first finds ominous resonance in offhand statements and quotidian occurrences (exactly as in a Ionesco play, incidentally), then gradually accepts that the “party” from which circumstance seemed determined to keep him is in fact an occasion of the utmost—and ultimate—personal significance to him.Eccentric, elusive and at times explosively funny. A lucid allegorical gem.

Booklist
"Oster’s slow, meditative novel, translated into fluid, almost hypnotic English by Adriana Hunter, has at its center a protagonist who lives not fully engaged but rather with qualifications for every part of his existence...Oster portrays an oddly mesmerizing journey"

Publishers Weekly
"The latest from French novelist Oster (A Cleaning Woman) uses the common cold as a deceptively offhand metaphor for love, and achieves a depth that is comic, sad and very Gallic...The result is a love story deeply informed by Beckett (complete with the narrator acquiring a limp like that of Molloy's title character), where swells of feeling are tracked in sneezes as involuntary as love itself. The narrator's dispassion...paradoxically betrays the depth of his feeling at every turn, giving a story in which almost nothing happens very large stakes indeed."

Washington Times
It's at once an incredible character study - a journey into a warped mind - and a thought-provoking tale about the nature of human relationships. It shows, through deceptively simple storytelling, the corrosive effects of neediness, jealousy and selfishness.

Bookforum
Among the pleasures to be found in reading Christian Oster’s books, surprise may not [be] numbered...Ultimately, Oster writes existential comedies, quest stories without heroes. His protagonist is floundering, out of place, ruthlessly truthful, blank, and absurd—and the effect is very entertaining...The drama consists not in resolving this anxiety, but in surviving it.

Christian Oster is a novelist who lives in Paris. In the last two decades, he has published eight novels as well as numerous stories, poems, and essays in French reviews.

Adriana Hunter has been working as a translator for over a decade. She has translated many award-winning works including Catherine Millet’s incendiary international bestseller The Sexual Life of Catherine M. She lives in King’s Lynn, England.
Loading...
or
Not Currently Available for Direct Purchase