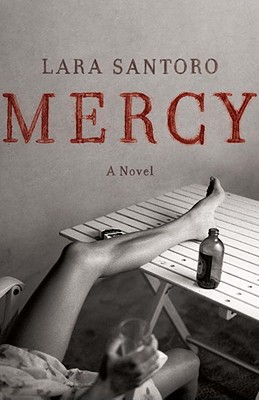 A transcendent and powerful first novel about two women seeking justice and hope in Africa.

With a swift, compressed narrative style and compassionate vision that recalls the works of Graham Greene, Lara Santoro offers an indelible portrait of Africa in the throes of an epidemic that will ultimately constitute the largest loss of life, love, memory, and hope in modern history.

Anna is an Italian-born journalist based in Kenya. What began as an exploratory three-week tour of Africa has turned into two years of tough assignments and hard living that have provoked a personal crisis: "'We don't do massacres,' Warren, my editor, warned, but what else was there to do? 'Give us the ray of light in the dark,' but there was no light to speak of. The longer I stayed, the angrier I became . . . "

Mercy is the large, flamboyantly dressed African woman who ambushes Anna in the market one day and talks herself into a job as Anna's housemaid. Soon Mercy is organizing interviews for Anna in Nairobi's worst slum and establishing much-needed order in the journalist's disheveled life. While tension and misunderstanding punctuate Anna and Mercy's developing relationship, the two women establish a genuine connection that gives each the courage to battle injustice, greed, and cynicism.

Smart, suspenseful, and ultimately heart-wrenching, Mercy is a powerful tale of moral outrage and personal transformation.

Santoro, who has covered the African AIDS epidemic, evokes the continent's everyday horrors and uncommon moments of grace in decidedly unsentimental prose, and her depiction of international journalists' lifestyles is similarly powerful. ...[T]he characters and their complicated relationships remain stirring until the end.

"Santoro’s experience as a journalist is evident in her straightforward prose…this debut is a notable tale of contemporary forms of suffering and relationships.”

Africa--anguished, impoverished, monstrously beautiful--takes the measure of every novelist daring enough to confront its mysteries. Lara Santoro's Mercy (Other Press) swirls around a self-immolating Italian-born journalist named Anna, the two wildly attractive men she attracts and deflects, and her self-appointed housekeeper, aforce of nature named Mercy. The urgent message of this gorgeously written novel, which deals head-on with the ravages of AIDS on a continent of grief: Open your eyes and look hard.

What to Read this Fall: Mercy by Lara Santoro
Santoro has been covering the AIDS pandemic, wars, genocide, famines... Now she's out with a novel about a hard drinking journalist working in Africa. It has some of the obvious Graham Greene echoes, but that's never been a bad thing.

[Santoro] pens a tightly written first novel with complex characters and a gripping storyline. While a work of fiction, Santoro's authority comes from personal experience in Africa and her first-hand knowledge of international journalism.

There's a great tradition of memorable servants in the world's literature, from Jeeves in P.G. Wodehouse's novels to Toundi in "Houseboy" by Ferdinand Oyono. One is tempted to add Lara Santoro's Mercy to that list....Santoro's portrayal of her title character is vivid. Along with Father Anselmo, a cantankerous, rather grubby old priest who works in the slums and celebrates as many as three dozen funeral Masses in a week, Mercy powers the novel and keeps the reader reading.

Mercy is clearly a metaphor for Africa itself. She’s big, colorful, full of life and can’t be ignored. Yet she is vulnerable. When she gets sick, her illness becomes a soapbox for Santoro to use to open larger issues...some of the most thought-provoking and moving writing you’ll ever read.

A tough and touching novel...Santoro has a gift for language, description, and honesty...Not only does Santoro write well, but she has the guts and commitment to turn the foul effects of disaster capitalism—pharmaceutical piracy—into a story of Mercy. Lara Santoro is the real thing.

Lara Santoro was born in Rome and educated in the U.S. and France. A veteran journalist who has worked for the Christian Science Monitor and Newsweek, Santoro has traveled extensively covering wars, famines, and every major aspect of the AIDS epidemic. Mercy is her first novel. She lives in Ranchos de Taos, NM.
Loading...
or
Not Currently Available for Direct Purchase