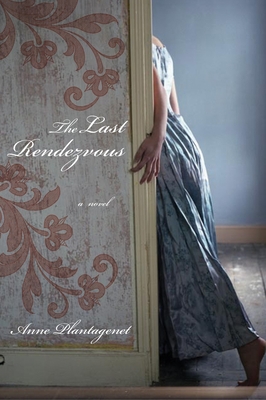 “Women are not supposed to write; yet I write.” –Marceline Desbordes-Valmore

In 1817, at the late age of thirty-three,Marceline Desbordes, the actress and Romantic poet–the only woman counted by Paul Verlaine among his poètes maudits, or “accursed poets,” a group that included Victor Hugo, Charles Baudelaire, and Alfred de Vigny–marries Prosper Valmore, a fellow actor who brings love and stability to her tumultuous life. Such stability is short-lived, however:When she meets Henri de Latouche, an influential man of letters, they soon begin a passionate affair. Although their tryst does not last more than a year, their relationship survives through letters and memory. It sparks inspiration in Marceline’s work and leads her to create some of the most beautiful poetry in French literature. A talented poet, a romantic woman, a passionate lover, a nurturing mother, and a child at heart, Marceline Desbordes-Valmore is rescued from obscurity through Plantagenet’s dazzling writing in this fictionalized biography. The book will include a selection of Desbordes-Valmore’s poems in the original French and in an English translation by the Pulitzer Prize—winning poet Louis Simpson.

Praise For The Last Rendezvous: A Novel…

“The Last Rendezvous is a beautiful, tragic romance about a real-life leading lady: Marceline Desbordes-Valmore, the French singer, actress and poet of the early 19th century....French novelist and biographer Plantagenet follows her through a series of failed pregnancies and unsuccessful relationships. Her prose is nearly flawless: elegant, self-assured and filled with a profound sense of longing.”—NPR.org

“A novel of the life—especially the loves—of the 19th-century French actress and poet Marceline Desbordes-Valmore…Plantagenet gives us vivid portraits of theatrical and salon life in 19th-century France…Flitting through the pages is a cast of well-known and lesser-known poets and artists, including Hugo and Balzac. Although Plantagenet anchors her narrative in the first-person perspective of Marceline, she alternates chapters between the young, coming-of-age Marceline and the older, more world-weary actress and poet…This is primarily a novel about giving birth—to poems, to the creative life and to tragically doomed children…A passionate rendering of a passionate poet.”—Kirkus Reviews

“Anne Plantagenet’s novel is written with controlled precision and attention to detail…an enthralling narrative of a famous woman who had the audacity to pursue male-dominated professions during one of the most difficult, politically tumultuous periods in the history of France. Researched like a biography, the book exposes Marceline’s innermost thoughts, much like the pages of a diary. The result is a feeling of intimacy, allowing the reader inside the mind of an ardent poet who lived long ago…Fascinating and absorbing, this talented writer’s book is a conscientious expression of her own twenty-first-century attitudes toward the poet; it is educational as well as entertaining.”—ForeWord Magazine

“Marceline Desbordes-Valmore, a 19th-century French Romantic poet and actress whose contemporaries included Hugo, Balzac, and Georges Sand, was a sensation in her time… As Desbordes-Valmore gains public acclaim as a writer and pursues political and charitable interests, she emerges here as a modern, liberated woman. This work, a 2005 award winner in France, brings French history and letters to life. With selected poems.”—Library Journal

“With a poet’s imagery rendered in narrative prose, Anne Plantagenet invites us in to the intimate life of the historic poet, Marceline Desbordes-Valmore. In bold leaps forth and back in time, and in a voice wry, precise, and deliciously sardonic, it’s as if Plantagenet inhabits her, has become her. What a splendid achievement.”—Susan Vreeland, New York Times bestselling author of Hyacinth Blue, The Passion of Artemisia, and Luncheon of the Boating Party

“An extraordinary portrait of an extraordinary woman. Anne Plantagenet captures the heightened, passionate atmosphere of Romanticism in Europe in a novel that is at once vivid and elegant—and profoundly moving.”—Jude Morgan, author of Passion and Symphony

“This is truly a stunning work. Ms. Plantagenet’s insights into the lives of her characters are breathtaking. The writing is clean, crisp, fragile and poignant…The book is absolutely magnificent.”—Diane Haeger, author of The Queen’s Mistake

Anne Plantagenet was born in 1972 in Burgundy and spent her childhood in Champagne. After stays in London and Seville, she now lives in Paris. She has published translations from the Spanish; two biographies, Marilyn Monroe (Gallimard, 2007) and Manolete (Ramsay, 2005); a first novel, Un Coup de corne fut mon premier baiser (Ramsay, 1998); and an acclaimed story collection, Pour les siècles des siècles (Stock, 2008). The Last Rendezvous is the recipient of the 2005 Prix du récit biographique of the Académie internationale des arts et collections.

Willard Wood is the winner of the 2002 Lewis Galantière Award for Literary Translation and a 2000 National Endowment for the Arts Fellowship in Translation. He lives in Connecticut.
Loading...
or
Not Currently Available for Direct Purchase