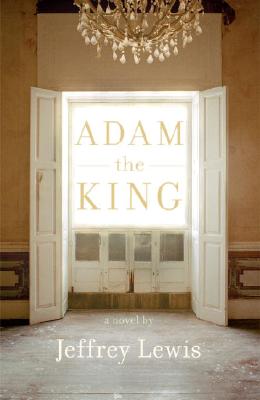 The wedding of billionaire Adam Bloch and Maisie Maclaren is the event of the year in Clement's Cove, Maine a town in which the mansion-like "cottages" of the summering elite sit side-by-side with the modest homes of working-class locals. Adam, a shy, tentative man with a terrible tragedy in his past, has, at fifty-four, reached the moment in his life when he feels he is finally ready to live and yet he doesn't quite know what to do with himself. When Maisie asks for a lap pool so she can strengthen her body, debilitated by years of Hodgkin's disease, Adam approaches his neighbor with a generous offer to buy the plot of land on which her trailer sits to make room for the pool. She refuses, and a chain of events is set in motion that pits Adam against his neighbors, the new rich against those scraping by, outsider against old-timer, in an escalating struggle that can only end in catastrophe.

Taut, swift, and startling, Adam the King depicts the inexorability of fate against the backdrop of the money-mad '90s, the emptiness of raging ambition and the fallout of the drift toward conservative politics and values.


Praise For Adam the King…

“[Lewis’s] marvelous ear for idiomatic speech is revealed as much through narration as in dialog. . . . Ultimately, public libraries should have the entire quartet in their collections.”

“Lewis catches the thrill of proximity to America’s eastern WASP aristocracy to an uncomfortable degree: their studied vagueness, their heartiness, the aloofness that cannot be copied.”

Jeffrey Lewis won two Emmys and many other honors as a writer and producer of" Hill Street Blues." His "Meritocracy Quartet" is intended to chart the progress of a generation. The first book of the quartet, "Meritocracy: A Love Story," won both the Independent Publishers Book Award for General Fiction and the "ForeWord "Book of the Year Silver Award for Fiction. He lives in Los Angeles and Castine, Maine.
Loading...
or
Not Currently Available for Direct Purchase