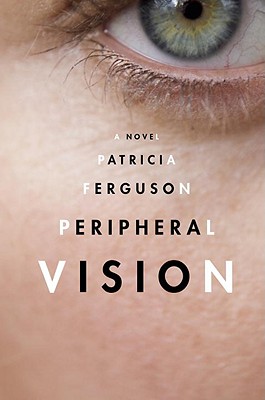 Sylvia, a young, highly competent eye surgeon in 1990s London, stumbles into love and motherhood and discovers she is terrified of both. Ruby, a 1950s suburban housewife, begins receiving poison pen letters; her interior life is so distorted by rage and shame that she actually believes she deserves them. Iris, the gentle young nurse who attends to Ruby's son after an accident, falls in love with a handsome, upper-middle-class medical student. But Iris is working class and will have to overcome forces of snobbery to achieve the safety and love she so desperately craves. Over the course of this gripping, intricately plotted story, the subtle connections between these three women are gradually and surprisingly revealed as Ferguson masterfully illustrates the role random fate plays in human life.

Peripheral Vision is a funny and clever novel about love and the lack of it; about motherhood, sight, and insight; and about the different ways we experience and transcend suffering.

“…erudite reading… [that gives] a sense of breathlessness for the reader anxious to know the next piece of a character's story…a fine undertaking for the reader.”

“... Fiction finds suspense in twisting tales of love and legacy. ... Patricia Ferguson's deftly plotted Peripheral Vision revolves around three women- a fifties-era housewife traumatized by her son's damaged eye, a shy working-class nurse involved with a wealthy medical student, and a contemporary eye surgeon blind to her own misperceptions- who struggle to bring their lives into focus.”

“Ferguson makes excellent use of flashback and alternating…illustrating the subtle yet telling influences people can have on one another in even the most innocent of interactions…Fans of literary fiction will appreciate the novel's wit and quietly apt observations on the human condition.”

“Crisp dialogue, trenchant observations, and crystalline details that coalesce into an indelible whole…Readers looking for a ‘sure thing’ would be wise to cast their sights on this emerging British novelist.”

A deepening of the story. . . . Pemper argues that the 'crucial accomplishment' was not the list itself but 'the multifarious acts of resistance that, like tiny stones being placed into a mosaic one by one, had made the whole process possible'…Pemper devotes most of his carefully written book to the numerous small initiatives that, in his telling, played a part in the rescue effort."

Patricia Ferguson trained and worked as a nurse and midwife, and this experience informs much of her fiction. She is the author of six novels, including It So Happens (2005) and Peripheral Vision (2007), both long-listed for the Orange Prize. Peripheral Vision is her first novel to be published in the United States. She lives in Bristol, England.
or
Not Currently Available for Direct Purchase