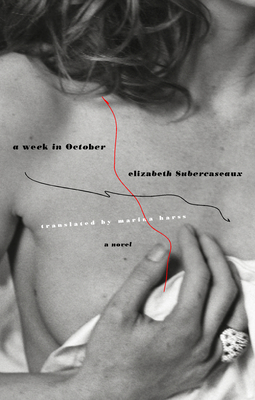 A Week in October

A Week in October is a thriller for those of us who usually prefer a good love story that you just can‚Äôt put down. In other words it is a thriller-of-the-heart, where the spirit of "dangerous liaisons" is set against the all too familiar and difficult background of breast cancer. The beautiful wife of a successful Chilean architect courageously confronts her illness, mastectomy, and treatment while recording her thoughts and experiences in her journal. What develops is a thinly veiled version of her own life, her disappoint with their cold marriage, her reminiscences of childhood, and the death that seems to surround her. Her husband discovers the notebook and is stunned: How does she know that he had a mistress all these years? Is he really such a fatuous bore? Could it be true that his sick wife had a passionate love affair with one of his colleagues, right under his nose? Is this just a fictional story‚Äîhe asks himself, turning the pages‚Äîor his wife‚Äôs very personal diary as she awaits death?

Praise For A Week in October: A Novel…

“An intelligent novel of great suspense in which love, death, fiction, and reality all intersect in the telling of its story.” –Isabel Allende

Elizabeth Subercaseaux
Elizabeth Subercaseaux was born in Chile, the great-great-granddaughter of the German composer Robert Schumann. She is the best-selling author of ten books. Her nonfiction includes Michelle, a biography of the first woman to be elected president in Chile, and the amusing feminist manifesto, The Ten Things a Chilean Woman Should Never Do. Subercaseaux lives in Pennsylvania.

Marina Harss
Marina Harss translations include For Solo Violin (Per Vionlino Solo), a war memoir by Aldo Zargani, and stories in The Forbidden Stories of Marta Veneranda, by Sonia Rivera-Vald. Her translations have also appeared in Bomb, Brooklyn Rail, and Autadafe. She is a researcher at The New Yorker, and lives in New York City.
Also by this author: Conjugal Love, Stories from the City of God
Loading...
or
Not Currently Available for Direct Purchase