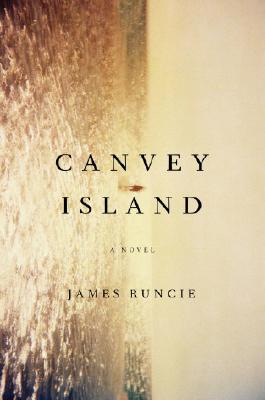 It is 1953 in Canvey Island and a storm surge is flooding the streets. Len and Aunt Violet are out dancing on the mainland, he in polished shoes with slicked hair, she in fur stole and long gloves. Back at home, Len's wife Lily and their small son Martin have lost their innocent evening together as they fight to stay above the rising waters, waist-deep in a raging black torrent. When Lily's foot is lodged beneath debris, she begs Martin to leave her to get help. This sight of his mother, ghostly in her drenched nightdress, is his last glimpse of her alive.

In the years following the flood, Lily's death is an unbearable rupture in Martin's life that lets in a host of unwelcome developments, not least that of his father's growing closeness to his flashy Aunt Violet. When Martin goes off to Cambridge to study water engineering, he breaks all ties to Canvey Island and settles down with the bohemian, feminist Claire, a rebellious vicar's daughter. But when Claire takes her activism too far by taking their daughter to a peace camp rally, Martin drifts back to Canvey Island and into the arms of his teenage love. Returning to his hometown, Martin finds himself drawn into his old world, its secrets and lies, its wounds and passions, its sacrifices and hopes. Profoundly moving and elegantly written, Canvey Island tells the story of changing times in post-war Britain through one family's tragedy and loss.

“Runcie fully understands that the lingering trauma after a major disaster is often far more devastating than the disaster itself. He has written an insightful novel about the perils of survival.”

"...a haunting novel, melancholic in its realism but not without hope."

"Runcie’s story eloquently weaves together a national tragedy and the fate of a single family with powerful results."

James Runcie is the author of two previous novels, The Discovery of Chocolate and The Colour of Heaven. He is also an award-winning filmmaker and theater director and has scripted several films for British television. His most recent film, J.K. Rowling . . . A Year in the Life, aired in the U.K. in 2007. Runcie lives in Edinburgh with his wife and two daughters.
Loading...
or
Not Currently Available for Direct Purchase