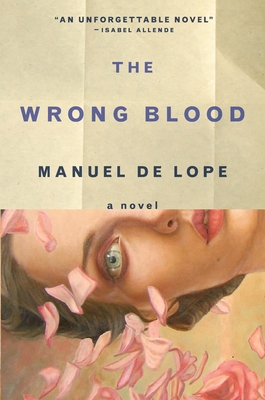 In the Basque Country in northern Spain, just before the Civil War, three men in dinner suits stop for a drink at a bar before continuing on their way to a wedding. Their trip is interrupted when their leader, the wealthy Don Leopoldo, has a stroke in the restroom.This event, bizarre and undignified though it is, begins to weave together the lives of two remarkable women: the bride, the beautiful and distinguished Isabel Cruces, and María Antonia Etxarri, the bar owner’s adolescent daughter. Shortly after the outbreak of the war, María Antonia is raped and Isabel’s newlywed husband, Captain Julen Herraiz, is shot. Both women find themselves violently altered, alone, and pregnant. A crippled but wise local doctor is the only witness to the mysterious, silent agreement these women conclude in the loneliness and desperation of their mutual suffering. Many years later, a young student, grandson to Isabel, returns to the scene of the events to spend an innocent summer studying for law exams. As he goes about his work, he unwittingly awakens the ghosts haunting both María Antonia and the doctor, and through their memories the passionate stories of the past unfurl before the reader.
De Lope brilliantly reveals his incredible story through flashes of memory and emotion, told in a winding torrent that expresses the cumulative nature of both history and nostalgia.

Praise For The Wrong Blood: A Novel…

“Absorbing…artfully translated by John Cullen...While the uncovering of secrets provides the spine of the narrative, its appeal lies in the way de Lope makes us question just how separate the past and present may really be…De Lope has written a fever dream of a novel.” —New York Times Book Review

“Balancing the domestic and the tragic, The Wrong Blood explores the ways in which political history and personal histories intertwine: it is an invaluable reminder of how, in the midst of war, love and continuity preserve potential for a richer life despite what seems to be utter disaster.” —PRI’s The World

“De Lope evokes his characters’ interior lives and their outer surroundings with equal beauty and intensity. This masterful novel is his first to be translated into English. Let’s hope there are more.” —Booklist

“De Lope is a masterly writer, constructing a shadowy architecture to house his expansive prose, intertwining plotlines, and themes of misfortune, solitude, and memory. Highly evocative of time and place, this resonant work will linger in readers’ minds. Recommended.” —Library Journal

“Reading The Wrong Blood is like surrendering to a hypnotist. Manuel DeLope’s subject is the fluidity of time and the pitilessness of war as played out in the lives of two women who quietly conspire to commit a victimless crime. The style is a marvel of precision and patience, resulting in an atmosphere so saturated with suspense that I found myself wanting to read more slowly, even as I breathlessly anticipated the next paragraph. I’ve seldom read a more sublime and disturbing novel.” —Valerie Martin, author of The Confessions of Edward Day

“The Wrong Blood is a prose-poem to the furtive compromises that mitigate grief, and allow human survival at desperate times. Written with elegant ambiguity: I loved it.” — Dave Boling, author of Guernica

“The Wrong Blood is a powerful novel suffused from beginning to end with a terrible, suppressed violence.  Its chief virtue lies in showing us that war—every war—is like a distorting mirror: the soul never recovers from the monstrous vision reflected there.” — Mayra Montero, author of The Messenger and Dancing to “Almendra”

“Moving and harrowing…the reader has been stirred to the core.” —The Financial Times

“Amid the current outpouring of Civil War fiction in Spain, the books of Manuel de Lope and María Barbal…should be top of interested readers’ lists.” —The Independent

Manuel de Lope was born in Burgos, Spain in 1949. At age fifteen he moved to
Madrid where he now resides again, after having lived in Geneva, London, and the South of France for twenty-five years. In 1978 he published his first novel, Albertina en el país de los Garamantes, thus commencing one of the most treasured and significant careers in modern Spanish literature. The Wrong Blood is his first novel to be translated into English.

John Cullen is the translator of many books from the Spanish, French, German, and Italian, including Enrique de Hériz’s Lies, Yasmina Khadra’s Middle East Trilogy (The Swallows of Kabul, The Attack, The Sirens of Baghdad), Christa Wolf’s Medea, and Margaret Mazzantini’s Don’t Move. He lives in upstate New York.
Loading...
or
Not Currently Available for Direct Purchase