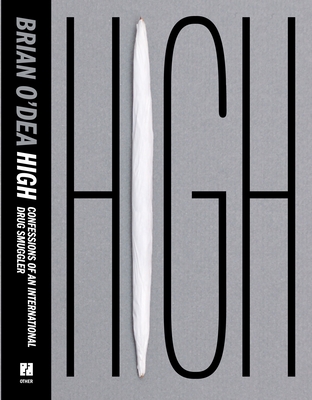 Confessions of an International Drug Smuggler

In the early 1980s, Brian O’Dea was operating a $100 million a year, 120-man drug smuggling business, and had developed a terrifying cocaine addiction. Under increasing threat from the DEA in 1986 for importing seventy-five tons of marijuana into the United States, he quit the trade–and the drugs–and began working with recovering addicts in Santa Barbara. Despite his life change, the authorities caught up with him years later and O’Dea was arrested, tried, and sentenced to ten years at Terminal Island Federal Penitentiary in Los Angeles Harbor. A born storyteller, O’Dea candidly recounts his incredible experiences from the streets of Bogotá with a false-bottomed suitcase lined with cocaine, to the engine compartment of an old DC-6 whose engines were failing over the Caribbean, to the cell blocks overcrowded with small-time dealers who had fallen victim to the justice system’s perverse bureaucracy of drug sentencing. Weaving together extracts from his prison diary with the vivid recounting of his outlaw years and the dawning recognition of those things in his life that were worth living for, High tells the remarkable story of a remarkable man in the late-1980s drug business and why he walked away.

Praise For High: Confessions of an International Drug Smuggler…

NPR’s Talk of the Nation
"Brian O'Dea tried marijuana in college and saw dollar signs. A born salesman, he began dealing to fellow college students in the early 1970s. By the early 1980s, he had built a $100 million a year smuggling operation, and a cocaine addiction. His narcotics racket took him around the world to places such as Bogota, Columbia and Montego Bay, Jamaica. O'Dea had some successful multimillion dollar deals, but more often than not, rip-offs, double-crosses, getting wasted and waiting characterized the operations. High is Brian O'Dea's memoir of dealing drugs, doing time, and seeking redemption."

Bookforum
"Brian O’Dea tells all: The book includes excerpts from his prison diary, scenes from him work as a drug counselor, and a clear-eyed reckoning of his intoxicated multinational adventures."

ForeWord
Clark Isaacs
“…a look into the seamy life of drug smuggling.”

Kirkus Reviews
“Blistering memoir by a once-notorious drug smuggler and addict…an unusually revealing account of a criminal’s rise and fall.”

Philadelphia City paper
"Nowadays Brian O'Dea is on the up-and-up, gainfully employed as a film and TV producer in Toronto, but back in the '80s he operated a $100 million-a-year, 120-man trafficking business (the largest marijuana haul in U.S. history), and picked up a nasty cocaine habit along the way."

Publishers Weekly
"In this wistful but honest look at a life subsumed by drugs, now-reformed smuggler O'Dea (a Canadian film producer) pulls back the curtain on the machinations and motivations of a hugely successful, outrageously addicted 1980s drug trafficker whose redemption came too late to save him from prison...Throughout his life's many ups and downs, however, O’Dea remains a charming, relatable narrator you can’t help but root for."

Booklist
“[High] is refreshingly unapologetic, about as far away from inspirational autobiography as you can get. It’s the story of a man who made it big and paid the consequences, told in a straightforward style that contrasts O’Dea’s regimented life as a prison inmate with his exciting, risk-driven years as an international criminal. He’s a good, writer, too, nicely capturing the atmosphere of his two worlds and their inhabitants. The book is hardly an endorsement of the lifestyle of a drug smuggler, but, as with movies like Scarface, the intoxicating allure of money and power is made perfectly clear.”

Brian O’Dea is now gainfully employed as a film and television producer in Toronto, where he lives with his wife and son. He also regularly speaks about his own experiences to young people struggling with addictions. High won the 2007 Arthur Ellis Award for Best Non-Fiction Crime and it is currently being adapted into a feature film.
Loading...
or support indie stores by buying on