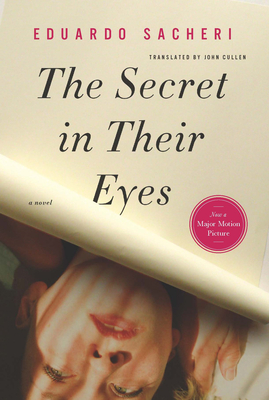 The Secret in Their Eyes

Benjamín Chaparro is a man haunted by his past—a retired detective, he remains obsessed with the decades-old case of the rape and murder of a young woman in her own bedroom. As he revisits the details of the investigation, he is reacquainted with his similarly long, unrequited love for Irene Hornos, then just an intern, now a respected judge. Absorbing and masterfully crafted, The Secret in Their Eyes is a meditation on the effects of the passage of time and unfulfilled desire.

Eduardo Sacheri’s tale is imbued with the subdued terror that characterized the Dirty War of 1970s Argentina, and was made into the Academy Award winning film of the same name in 2009. Julia Roberts, Nicole Kidman, and Chiwetel Eijiofor now star in the English language depiction of this gripping story, to be released in the Fall of 2015.


Praise For The Secret in Their Eyes: A Novel…

“A brutal murder is the starting point for this strange, compelling journey through Argentina’s criminal-justice system… A view of the world as a dark place illuminated by personal loyalties.” —Kirkus Reviews

“Intriguing and often riveting…This book is primarily a murder mystery, but the focus on 1970s Argentina and the internal angst of the protagonist add layers of complexity. Highly recommended for readers with an interest in suspense, history, and the human psyche.” —Library Journal

“In straightforward prose, Sacheri builds a startling psychological mystery—about the secrets of a country corroded by state terror, and the secrets of a heart so suffocated that it cannot utter its simple, pure desire.” —Michael Greenberg, author of Beg, Borrow, Steal and Hurry Down Sunshine

"The Secret of Their Eyes...is a supremely accessible novel and a thrilling page-turner whose most nuanced tensions lie in the relationships between its structures and characters and the questions that these pose." —Fiction Writers Review

"The Secret in Their Eyes is a beautifully written novel, questioning what compels some people to act and what allows others to let life rush straight past until it is almost too late." —Lip Magazine

"[A] brilliant, psychological thriller...based on the past, yet a past that still reverberates so powerfully in the present." —The Arts Fuse

"Sacheri did something genius here: he wrote a book within a book...If you like mysteries and detective novels, this is definitely one to read." —Tulsa Books Examiner

"Sacheri slyly undermines our assumptions about the most fundamental human responses in a novel that is deeply political and profoundly compassionate." —Barnes & Noble Review

Eduardo Sacheri was born in Buenos Aires in 1967. His first collection of short stories, Esperándolo a Tito y otros cuentos de fútbol (Waiting for Tito and Other Soccer Stories) was published in Spain in 2000 under the title Traidores y otros cuentos (Traitors and Other Stories). Three other collections were published between 2001 and 2007, all of which have been best sellers in Argentina. His novel La pregunta de sus ojos has been sold into eight territories, and the film adaptation, The Secret inTheir Eyes, won the Academy Award for Best Foreign Film in 2010.

John Cullen is the translator of many books from Spanish, French, German, and Italian, including Margaret Mazzantini’s Don’t Move, Yasmina Khadra’s Middle East Trilogy (The Swallows of Kabul, The Attack, The Sirens of Baghdad), Christa Wolf’s Medea, and Manuel de Lope’s The Wrong Blood (Other Press). He lives in upstate New York.
Loading...
or support indie stores by buying on