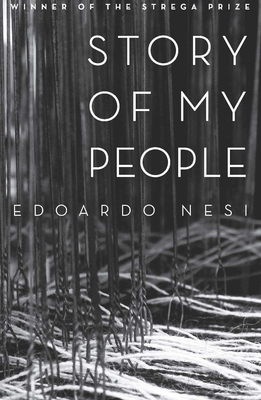 Story of my People

Winner of the 2011 Strega Prize, this blend of essay, social criticism, and memoir is a striking portrait of the effects of globalization on Italy’s declining economy.

Starting from his family’s textile factory in Prato, Tuscany, Edoardo Nesi examines the recent shifts in Italy’s manufacturing industry. Only one generation ago, Prato was a thriving industrial center that prided itself on craftsmanship and quality. But during the last decade, cheaply made goods—produced overseas or in Italy by poorly paid immigrants—saturated the market, making it impossible for Italian companies to keep up. In 2004 his family was forced to sell the textile factory. How this could have happened? Nesi asks, and what are the wider repercussions of losing businesses like his family’s, especially for Italian culture?

Story of My People is a denouncement of big business, corrupt politicians, the arrogance of economists, and cheap manufacturing. It’s a must-read for anyone seeking insight into the financial crisis that’s striking Europe today.

Edoardo Nesi is an Italian writer, filmmaker, and translator. He began his career translating the work of such authors as Bruce Chatwin, Malcolm Lowry, Stephen King, and Quentin Tarantino. He has written six novels, one of which, L'età dell'oro, was a finalist for the 2005 Strega Prize and a winner of the Bruno Cavallini Prize. He wrote and directed the film Fughe da fermo (Fandango, 2001), based on his novel of the same name, and has translated David Foster Wallace’s Infinite Jest.

Antony Shugaar is an author and translator. His most recent publication, written with the International Spy Museum in Washington DC, is I Lie for a Living, and he is the coauthor of Latitude Zero. His most recent translations include I Hadn’t Understood by Diego De Silva, The Nun by Simonetta Agnello Hornby, and The Path to Hope by Stéphane Hessel and Edgar Morin (Other Press, 2012). He is also a freelance journalist who reviews for the Boston Globe and the Washington Post.
Loading...
or support indie stores by buying on