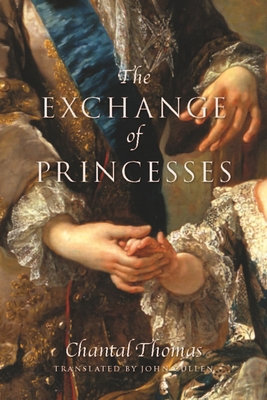 The Exchange of Princesses

Set in the French and Spanish courts of the eighteenth century, this novel is based on a true story about the fate of two young princesses caught in the intrigues and secrets of the moment

Philippe d’Orléans, the regent of France, has a gangrenous heart—the result of a life of debauchery, alcohol, power, and flattery. One morning in 1721, he decides to marry eleven-year-old Louis XV to the daughter of Philippe V of Spain, who is only four. Orléans hopes this will tie his kingdom to Spain. But were Louis to die without begetting an heir—the likeliness of which is greatly increased by having a child bride—Orléans himself would finally be king. Orléans tosses his own daughter into the bargain, the twelve-year-old Mlle de Montpensier, who will marry the Prince of Asturias, the heir to the Spanish throne.

The Spanish court enthusiastically agrees and arrangements are made. The two nations trade their princesses in a grand ceremony in 1722, making bonds that should end the historical conflict. Nothing turns out as expected.

Praise For The Exchange of Princesses: A Novel…

"This is one vivid, engrossing, weird little book...[O]ne of the most fascinating historical narratives I’ve ever read." —Diana Gabaldon, The Washington Post

"[Chantal] Thomas has crafted a pointed and witty novel that sheds light on two eighteenth-century princesses trapped by familial obligations and the capricious whims of the court." —Booklist

“Chantal Thomas evokes with passion and clarity the cruel fates of two princesses exchanged for the greatest glory of France and Spain and treated like inanimate pawns. She evokes the four-year old infanta uprooted and parachuted to Versailles only to be disdained by her royal fiancé, and gives a moving and glowing portrait of the French princess who refuses to submit to the harsh demands of the royal Spanish family. A rare and beautiful example of distant history brought back to life with verve and feeling.” —Anka Muhlstein, author of Monsieur Proust’s Library

“King Louis XV plays at war; the Queen Infanta of France plays at dolls. He is eleven; she is four. Chantal Thomas has written a shocking and brilliant historical account of two sets of royal alliances—or, more accurately, misalliances—written with verve, irony and whimsy—even the Infanta’s dolls weigh in on this absorbing tale of unrequited conjugal love and political venality.” —Lily Tuck, author of I Married You for Happiness

“Two child princesses may be pawns in a ruthless game of state, but they triumph as characters [through whom we witness the absurdities of fate] in Chantal Thomas’s shrewdly observed and hugely entertaining novel of 18th century Spain and France.” —Molly Haskell, author of My Brother My Sister: Story of a Transformation

“It’s a grim tale of the abuse of children for royal purposes, entertainingly told. A gripping and eventful novel, sad and at times amusing.” —Martha Saxton, writer and professor of History and Women’s Studies at Amherst College

“[Readers will] devour this story like a fairy tale.” —Elle (France)

“The exchange of these princesses is straight out of a Cold War spy novel, taking place on an island in the middle of a river that serves as the border between the two kingdoms. But none of these young protagonists will play the adults’ game and the princesses will end up going home. Chantal Thomas excels at humanizing history and exposing what is at stake (or ‘revealing its relevance’). How do these children, sold in such a way by their parents, feel? Will they love or hate each other? These are the universal, timeless, questions, that this ‘historical’ novel plays with, and which render it strikingly contemporary.” –Vogue (France)

“We love [The Exchange of Princesses] because, as always with Chantal Thomas, winner of the 2002 Prix Femina for Farewell, My Queen, her stories dance on volcanoes. In her, the mighty of our world finish by bumping their noses against the whims of fate...A must-read if you still shy away from historical novels. That will change.” —Le Parisien

“Chantal Thomas made history a pungent, political, and intimate epic, told by a narrator whose empathy does not detract from the satirical irony.” —Le Magazine littéraire

“[With this] little known episode in history, Chantal Thomas writes a superb novel about violence against women and children, [showcasing] marriages as absurd as they are forced.” —Phosphore

“[Thomas] mixes fact and fiction to create her own novelistic space of a time that is at once free and cruel… What Thomas details here, in this story of lives in gilded cages, is the birth—or rejection of—desire in children who do not have the words to articulate it because they, too, are locked up in the absurdity of etiquette and formal rituals that have been imposed on them.” —La Croix

“To take history seriously only to grasp its ironic tragedy, this is great art...With delicious detail Chantal Thomas explores the hidden indignities of a century that exploited childhood even as it was inventing it, a delight of the form that is now wholly her own.” —Le Figaro

“Chantal Thomas, a scholar brought up on Sade and Casanova, has clearly chosen, in her past few books, to hone in on dying aristocracies—not out of snobbery, but because what she has to say about our ‘beautiful present’ is reflected through, in her mind, the traditions of the past.” —Le Point

“With the verve and delicacy for which she is known, Chantal Thomas reaffirms in these intense, feverish, and sensual pages her eye for detail and the painting of a scene, and her ability to turn a phrase that snaps like a riding crop.” —Lire

“Chantal Thomas [is a] philosopher who brings historical erudition, pediatric science, bright tales of the heart, and breathtaking stories to the art of the novel and to theater.” —Le Nouvel Observateur

“Thanks to Chantal Thomas for having crafted such a joyful book out of such sad fates.” — Libération Supplément (Livres)

“As with Farewell, My Queen (winner of the 2002 Prix Femina) and Le Testament d’Olympe (2011), [Thomas] avoids the pitfalls of the historical novel by combining historical documents—letters, excerpts from Saint-Simon’s Memoirs—with fiction.” —Le Temps, Samedi Culturel

“While very classic, her writing still surprises, distilling irony in each sentence like a poison…
Like Saint-Simon revised and edited by Sade.” —Les Inrockuptibles

Chantal Thomas is a noted philosopher and writer. She has taught at a number of American universities and is the author of twenty-five works, including novels, histories, short stories, plays, and essays. Her internationally acclaimed novel Farewell, My Queen, a fictional account of Marie Antoinette’s final days in Versailles, won the Prix Femina in 2002 and was made into an award-winning film by Benoit Jacquot, and starred Diane Kruger. A film adaptation of The Exchange of Princesses, to be directed by Marc Dugain, is currently in the works.


John Cullen is the translator of many books from Spanish, French, German, and Italian, including Philippe Claudel’s Brodeck, Juli Zeh’s Decompression, Antonio Skármeta’s A Distant Father, and Yasmina Reza’s Happy Are the Happy. He lives in upstate New York.
Loading...
or support indie stores by buying on