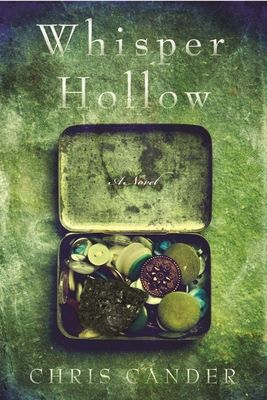 From the nationally bestselling author of The Weight of the Piano comes a novel that “like D. H. Lawrence’s Sons and Lovers, is about love that finds its object, and love that misses its mark.” —Charles Baxter

One morning in Verra, a town nestled into the hillsides of West Virginia, the young Myrthen Bergmann is playing tug-of-war with her twin, when her sister is killed. Unable to accept her own guilt, Myrthen excludes herself from all forms of friendship and affection and begins a twisted, haunted life dedicated to God.

Meanwhile, her neighbor Alta Krol longs to be an artist even as her days are taken up caring for her widowed father and siblings. Everything changes when Myrthen marries the man Alta loves. Fourteen years later, we meet Lidia, a teenage girl in the same town, and her precocious son, Gabriel. When Gabriel starts telling eerily prescient stories that hint at Verra’s long-buried secrets, it’s not long before the townspeople begin to suspect that the boy harbors evil spirits—an irresistible state of affairs for Myrthen and her obsession with salvation.

Praise For Whisper Hollow: A Novel…

“Sometimes fiction is so good, so authentic, and the storyteller so convincing, that it just feels true. Whisper Hollow is one of those books. I’m blown away, honestly. Chris Cander has created characters with immortal souls.” —Jamie Ford, New York Times bestselling author of Hotel on the Corner of Bitter and Sweet

“Like D. H. Lawrence’s Sons and Lovers, Chris Cander’s beautiful novel, Whisper Hollow, is about love that finds its object, and love that misses its mark and becomes destructive, in a community of coal miners. The story’s locale is one where love (for God, or others) is blocked or displaced until that moment when it can finally express itself, in a setting where work itself may be deadly and time may always run out. Chris Cander’s understanding of men and women is profound, and the scenes in this wonderful book will stay with you like a visionary experience.” —Charles Baxter, National Book Award Finalist

“With memorable characters and a haunting setting, Chris Cander weaves a compelling tale of the transformative power of love in the face of buried truths that threaten literally to explode.” —Ann-Marie MacDonald, New York Times bestselling author of The Way the Crow Flies

“Chris Cander weaves together the stories of varied characters across nearly five decades with skill and grace…A memorable novel about the bonds of town and family, the strength of friendships in unlikely places.” —Shelf Awareness (starred review)

“Chris Cander admirably captures the lack of choice that men and women have in rural West Virginia.” —Publishers Weekly

“Cander superbly envisions the town, its residents’ dynamics, and the early twentieth-century immigrant experience. Alta and Lidia are well-developed, believable characters whose mental fortitude and capacity to love linger in the reader’s mind long after the last page.” —Booklist

“Whisper Hollow is wonderful. It’s carefully written, unpredictable, sexy when it should be and scary when it has to be…It channels Faulkner and is reminiscent of D.H. Lawrence.” —The Houston Chronicle

“So masterfully controlled is the pace and tone of Whisper Hollow that you can swing a pickax without hitting any impurities. Rhythmic and beautiful, Whisper Hollow collides Old Testament with sooty coal town Americana in steady harmony.” —Austin American-Statesman

“[Whisper Hollow] is an exploration of well-realized characters, their motivations and their responses to circumstances, written with a literary bent.” —The Asheville Citizen-Times

“Whisper Hollow is a haunting novel about the malleability of memory, about secrets and trickery, and about saints who are sinners and sinners who are saints. Cander paints a colorful portrait of a multi-ethnic, multi-generational West Virginia coal camp: a heaven of opportunity to some, a hell of stunted choices to others.” —Marie Manilla, author of The Patron Saint of Ugly

“The men in Chris Cander’s Whisper Hollow toil underground, in the dark and dangerous coal mines of West Virginia. But her women mine territory twice as dark and twice as dangerous, they mine the human heart. Love and loss, devotion and longing, hope and despair, Cander renders all of this and more through the lives of three women spanning more than fifty years. Here is a novel so full of life—of its beauty and cruelty—that I emerged from it like one of those men walking from mines she so wonderfully evokes, like a man walking from the darkness into the light.” —Peter Geye, author of The Lighthouse Road

“Cander writes with tremendous power and originality. Whisper Hollow grabs the reader with an immediacy that does not let go: this novel is inspired, haunting, and heartbreakingly beautiful.” —David Eagleman, author of Incognito and SUM: Forty Tales from the Afterlives

Chris Cander graduated from the Honors College at the University of Houston, in the city where she was raised and still lives, with her husband, daughter, and son. For seven years she has been a writer-in-residence for Writers in the Schools there. She serves on the Inprint advisory board and stewards several Little Free Libraries in her community. Her first novel, 11 Stories, won the Independent Publisher Gold Medal for Popular Fiction. Whisper Hollow was long-listed for the Great Santini Fiction Prize by the Southern Independent Booksellers Alliance. Her most recent novel, The Weight of the Piano, was a USA Today bestseller.

How is family depicted in the novel? Is a traditional family something to aspire to, or something to be avoided? Compare what role family serves in the miners’ lives (see page 54) to what John Esposito experiences in his marriage to Myrthen Bergmann. Does Alta find happiness within her family or outside of it?

What is the significance of Whisper Hollow for Myrthen? For John and Alta? For Lidia? Why do you think the novel is named after Whisper Hollow, and not the town in which the characters live, Verra?

How does Myrthen shape the lives of the people in Verra? Do you think she’s the antagonist of the novel? Do you ever feel pity for her?

What role does religion play in Myrthen’s life? On page 205 the narrator tells us, “She had prayed very hard, bruised her knees and squeezed her eyes so intently until she no longer saw or even thought of the periphery of her actions.” How does she use religion to deal with guilt?

Describe the difference between the guilt that Alta, Myrthen, Lidia, and Stanley feel. What role does confession play in alleviating their guilt? In the novel, is it secular confession or religious confession that offers the most redemption?

Myrthen, John, Alta, and Lidia all sometimes feel isolated in Verra. In the novel, what works against isolation?