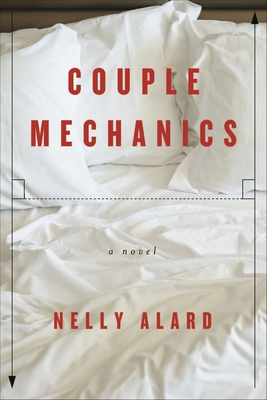 At once sexy and feminist, this is a story of a woman who decides to fight for her marriage after her husband confesses to an affair with a notable politician

Juliette, a computer engineer, and Olivier, a journalist, have two young children and the busy lives of a modern Parisian couple. On a beautiful spring day, while sitting by the river watching her children play, Juliette’s cell phone rings. It is her husband. When Olivier confesses to having an affair, Juliette’s world is shattered.

How do you survive betrayal? Can a couple ever be united again? What lengths would you go to in order to save your marriage? These are the questions that this novel, with great intelligence, honesty, and humor, tries to answer. In its acute depiction of intimacy, Couple Mechanics exposes the system of forces at work in a marriage, the effects of the inevitable ebb and flow of desire, and the difficulty of being a man today.

Praise For Couple Mechanics: A Novel…

"A wise novel...Couple Mechanics offers a keen look at the work of love at that point—tough for everyone—when passion must be replaced by will." —The Economist

"This novel packs a surprising emotional wallop, raising questions about the natures of passion and marriage." —Kirkus Reviews

“‘[T]he age someone is now doesn’t obliterate the other ages they’ve been’… Nor, would it seem, do the humiliations one endures eradicate the memories of previous indignities. Most beautiful where it’s most brutal, Nelly Alard’s Couple Mechanics is an unflinching examination of a marriage at the height of crisis. The predicament itself is unremarkable; affairs are as commonplace as the lassitude that so often initiates them. But the real plot of the novel takes place on a psychic stage. In lesser hands we’d be left with melodrama. But the author’s eye for fine-grained detail and her blunt-force delivery of the cruel truths by which lovers traumatize each other lift this extraordinary novel into the realm of the sublime. It is a relentless, breathtaking book.” —Jill Alexander Essbaum, New York Times best-selling author of Hausfrau

“In her study of the reverberations of betrayal in a troubled Parisian marriage, Nelly Alard attains a level of emotional intimacy which is almost too much to bear. Not since Jane Smiley’s novella The Age of Grief has adultery seemed such a vital subject for fiction.” —Dan Pope, author of Housebreaking

“Vive la France. Nelly Alard is at the top of her game in this page-turner with her direct, fluid prose and her exploration of a modern couple in crisis.” —Mireille Guiliano, author of French Women Don’t Get Fat

“Nelly Alard delves into the core of infidelity with wry observation and subtlety. Riveting, beautifully detailed and totally addictive. You won't be able to put this down.” —Tatiana de Rosnay, New York Times best-selling author of Sarah’s Key

“A story of love and resilience. Juliette is the epitome of the woman, unique yet close, complex, and lucid. Her strength will amaze you, her humor will break your heart, and she will stay with you long after you’ve turned the final page.” —Marc Lévy, author of If Only It Were True

“Audacious, tender, and compulsively readable, this is a deep dive into a modern marriage that will leave you gasping for air.” —Courtney Maum, author of I Am Having So Much Fun Here Without You

“In Couple Mechanics we witness the autopsy of a love betrayed . . . Nelly Alard builds a breathless romance with suspense worthy of the best thrillers… With her drive to perfectly capture opinions and emotions in all their nuances, the author recalls, with intelligence and elegance, how intolerable it is to love, to no longer love, to doubt one’s own feelings, to suffer, to cause suffering.” —Le Figaro

“Manipulation, a war of words, delusions, and passion set the rhythm for Couple Mechanics, a universal story of betrayal that the author presents with sincerity, humor, and heart, without ever falling into melodrama.” —Le Parisien

“The novelist knowledgeably weaves her web, embroiling her heroes and her readers in a fatal liaison that verges on nightmare, playing with the cold and the hot. Of a rare relevance, Couple Mechanics confirms its author’s powerful analytical and storytelling talents.” —Lire

“In an unconventional style . . . [Alard] firmly leads her protagonists and the reader through an infernal spiral by which one cannot help but be fascinated.” —L’Express

“Here you will find the unprecedented, modern, and unexpected. What is new is the massive introduction of electronic communication in adultery.” —Le Journal du dimanche

Nelly Alard is an actress and a screenwriter who lives in Paris. Her first novel, Le crieur de nuit received the 2010 Roger Nimier Prize as well as the 2011 Prix National Lions de Littérature and the Simone and Cino Del Duca Foundation Prize for the Support of Literature. In 2013 she was awarded the Prix Interallié for Couple Mechanics, the first woman to win the award in more than twenty years.

In Couple Mechanics the drama of Olivier’s affair is juxtaposed with the quotidian realities of politics and class conflict (see “The public transport system is completely paralyzed by strikes at the moment” p 55; “After the disaster on April 21, the Socialist Party was trying to rise from its ashes” p 97). Why do you think the author includes these details? What effect do they lend to this narrative of marital betrayal?

On page 83 Juliette decides to “keep” Olivier. What are her reasons for doing so? Do her reasons change over the course of the novel?

How does Juliette’s childhood experience of her parents’ divorce influence her reaction to Olivier’s betrayal?

Why do you think Juliette feels guilty about the rapes she’s experienced (p 104 “This time if she was ill, it wouldn’t be her fault”)? Do you think this is a common reaction to rape? What is Olivier’s relationship to guilt?

On pages 296–297 the narrator says, “No one understood the way she’d reacted to Olivier’s unfaithfulness and his lies and Victoire’s aggression.” Do you understand it? Do you agree with Juliette’s reaction? If she had come to you with her problems, what advice would you give her, if any?

On page 137 their family therapist says, “I feel you have a lot of compassion for this young woman.” Do you feel any sympathy for V? Why or why not?

V claims “Words really do have a meaning, they do mean something” (p 235). When explaining the reasons for the mending of their relationship, Olivier says, “We made love” and Juliette says, “We talked” (p 284). What place do words and language play in Juliette and Olivier’s marriage?

Do you think Olivier feels as though he’s betrayed Juliette or as if he is at fault? Is Juliette ever convinced that he understands how his adultery has hurt her? How does Juliette’s understanding of her husband change as they work through their marital crisis?

What, according to Juliette, is V’s perception of her? What identity does Juliette claim for herself? How are the two similar or different?

What are Juliette and Victoire’s respective relationships to feminism? Do you feel there is any act either woman commits that is feminist?

There are several of depictions of male violence in the book, from the doctor who performed Juliette’s abortion (p 36) to the two times Juliette is raped. Do you think there is a link between the overt male violence Juliette experiences and the “onslaught of violence” (p 102) of Olivier’s betrayal?

How do you feel about the ending of the novel? Do you feel it undermines what comes before it, or that it affirms something?