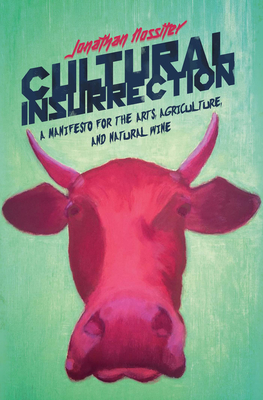 A Manifesto for Arts, Agriculture, and Natural Wine

From the director of Mondovino, a lively discussion of the expanding world of natural wine that considers the movement as a potential remedy for our current cultural crisis.

What if, ten years from now, an artist--a filmmaker, for example--will have become as marginal and anachronistic as a blacksmith? What if the actors in the cultural world are on the brink of extinction, not about to disappear like prehistoric animals, but worse--submitting to the status quo? Absorbed by a marketplace that increasingly devalues true artistic work?

In Cultural Insurrection, award-winning filmmaker and sommelier Jonathan Nossiter considers these questions and offers a solution inspired by the rebellious, innovative figures transforming the way we produce and consume wine. This new generation of artisans, working closely with the earth to create exceptional natural wines, has assumed the role of dissenters that artists have abandoned, and we should look to them in order to revitalize contemporary art.

Jonathan Nossiter is a prize-winning director of seven feature films including Mondovino (nominated for the Palme d’Or at Cannes), Sunday (winner, Best Film, at the Sundance Film Festival), and the upcoming Last Words, with Nick Nolte and Charlotte Rampling. His previous book, Liquid Memory (World Gourmand Award winner), recounts his time making wine lists for restaurants in New York, Rio, São Paulo, and Rome. Born in the US, he grew up in Europe and Asia and now lives on a fruit and vegetable farm on Lake Bolsena, Italy, with his three children.

Praise For Cultural Insurrection: A Manifesto for Arts, Agriculture, and Natural Wine…

“[Nossiter’s] writing is always provocative and entertaining. An audacious manifesto that restores the broken bond between culture and agriculture and finds vital inspiration for contemporary filmmaking in the natural wine movement.” —Kirkus Reviews

“The filmmaker and essayist Jonathan Nossiter has issued a bold and passionate call for ‘a new cultural ecology.’ Natural winemakers, farmers, and artists become coequals in a restoration of humanism and intellectual life that begins in the humble soil. Providing inspiring portraits of artisans who are already pointing the way forward, Cultural Insurrection is a bracing proposal for anyone in despair about the stranglehold of corporatism and celebrity on our souls and the environmental degradation of our planet.” —Michael Greenberg, author of Hurry Down Sunshine

“What a firecracker of a book: a passionate, humane, wonderfully idiosyncratic call to arms that audaciously proposes the natural wine movement as a model for the insurrections our era so desperately needs, and succeeds brilliantly!” —James Lasdun, author of The Fall Guy