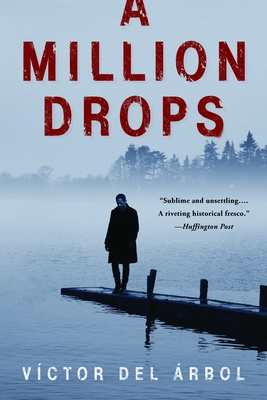 Named a Best Book of the Year by The Washington Post, The Seattle Times, and Crime Reads

An intense literary thriller that tears through the interlocked histories of fascism and communism in Europe without pausing for breath.

Gonzalo Gil is a disaffected lawyer stuck in a failed career and a strained marriage, dodging the never-ending manipulation of his powerful father-in-law. The fragile balance of Gonzalo’s life as a father and husband is pushed to the limit when he learns, after years without news of his estranged sister, Laura, that she has committed suicide under suspicious circumstances. Resolutely investigating the steps that led to her death, Gonzalo discovers that Laura is believed to have murdered a Russian gangster who kidnapped and killed her young son.

What seems to be revenge is just the beginning of a tortuous path that will take Gonzalo through the untold annals of his family’s past. He will examine the fascinating story of his father, Elías Gil, the great hero of the antifascist resistance. As a young engineer Elías traveled to the USSR committed to the ideals of the revolution, but was betrayed, arrested, and confined on the infamous Nazino Island, ultimately becoming a key figure, admired and feared, during Spain’s darkest years.

Suspenseful and utterly absorbing, A Million Drops is a visceral story of enduring love and revenge postponed that introduces a master of international crime fiction to American readers.

Praise For A Million Drops: A Novel…

“One of the most promising voices in European crime fiction…Fans of Javier Marías, Leonardo Padura, and Philip Kerr will find much to admire in Del Árbol’s work.” —Crime Reads, The Best International Crime Fiction of the Year

“A mystery on an epic scale, extending over decades, generations, and nations…Meticulously plotted and stylishly written, this is a page-turner with fresh twists and surprises right up to the very end.” —Kirkus Reviews (starred review)

“This blockbuster novel by an award-winning Spanish author…succeeds as historical fiction, a thriller, and a detective story.” —Library Journal (starred review)

“Del Árbol, a gifted storyteller, keeps the pages turning even as he probes the dark, compromised souls of his characters.” —Chicago Tribune

“A major piece of work that will lodge in your mind for a long time. Truly rewarding and brings thriller writing into a whole new, fully grown-up dimension. Should not be missed.” —Crime Time

“Drawing on some of the most heinous events of the twentieth century, Del Árbol crafts a powerful but painful epic.” —Publishers Weekly

“A mystery-thriller in the best tradition of the genre…A Million Drops is an exciting, ingeniously crafted tale.” —PopMatters

“Blending personal, psychological, and historical elements in a nonlinear narrative, A Million Drops is complex, but del Árbol has the chops to pull it off. Take your time reading this one. It is worth every minute. Strongly recommended.” —Historical Novel Society

“As I finished reading this book I came to a discovery that still fills me with anguish: the true protagonist of this story is death itself. Death in the guise of a woman both ruthless and terrifying, whose portrait Víctor del Árbol has fleshed out with the painterly eye of a Renaissance master.” —Javier Sierra, New York Times bestselling author of The Secret Supper

Víctor del Árbol was born in Barcelona in 1968 and was an officer of the Catalan police force from 1992 to 2012. As the recipient of the Nadal Prize, the Tiflos Prize, and as the first Spanish author to win the Prix du Polar Européen, he has distinguished himself as a notable voice in Spanish literature.
Loading...
or
Not Currently Available for Direct Purchase