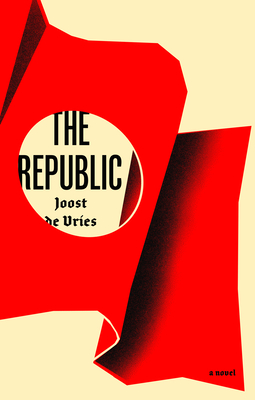 A gripping academic novel about deception and self-deception, ambition, the love of history as entertainment, and the hunt for the perfect enemy.

Josip Brik, larger-than-life pop philosopher, Hitler studies expert, and TV historian, has always found himself more attracted to the fictional representation of history than to history itself. When Brik falls from a hotel window in Amsterdam, the number one mourner is Friso de Vos, a young academic who has been Brik’s right-hand man. However, Friso is forced to watch from the sidelines as his countryman Philip de Vries, whom he has never heard of, is interviewed again and again in the newspapers, and even on TV, about “his mentor,” Josip Brik. When a large symposium for historians is organized in Vienna, Friso sees his opportunity to set the record straight and begins to impersonate Philip, with dangerous and hilarious results.

With a playful mix of literary and pop culture references, this novel immerses us in the world of the global intelligentsia, where the truth counts for less than what is said about it. Joost de Vries has written a biting academic satire, an absurd and exceptionally intelligent tale.

Joost de Vries, born in 1983, studied journalism and history in Utrecht. Since 2007 he has been an editor and literary critic at De Groene Amsterdammer. He burst onto the Dutch literary scene with Clausewitz, a biblio-thriller inspired by the work of one of his great heroes, Harry Mulisch. In 2013 he was awarded the Charlotte Köhler Stipendium, and his second novel, The Republic, won the Golden Book-Owl prize in 2014.

Jane Hedley-Prôle studied German and Dutch at the University of Liverpool, after which she settled in the Netherlands. Alongside her job at the Ministry of Foreign Affairs she works as a freelance translator. She has translated Diaghilev: A Life by Sjeng Scheijen (together with S. J. Leinbach), The Fetish Room by Rudi Rotthier and Redmond O’Hanlon, We Are Our Brains by D. F. Swaab, and many short stories.

Praise For The Republic: A Novel…

“A stunning satire of history, politics, and academia…Quirky, yet informative, The Republic is an engaging read.” —The Literary Review

“Amusing…intriguing…in its odd twists, and the places it goes—actual and theoretical—it’s entertaining.” —The Complete Review

“I came across the biggest talent in just about the youngest debut author, in Joost de Vries’s novels Clausewitz and The Republic. Ironic, postmodern, intellectual, in short—highbrow in the way that good literature can (but doesn’t have to) be.” —Arnold Heumakers, NRC Handelsblad

“An uncompromisingly intellectual novel that can just as easily be called a matchless social comedy.” —Knack Focus