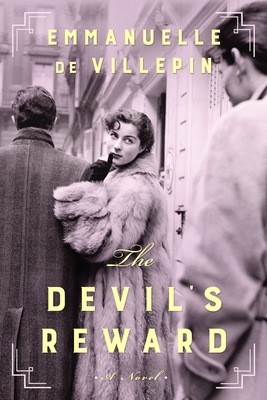 Three generations of women untangle a complex family history that spans both world wars and reveals unexpected insights about marriage and fidelity.

Christiane, eighty-six years old with a vibrant sense of humor, lives alone in a large apartment in the heart of Paris. Her daughter, Catherine, could not be more different; sullen and uptight, she resents her unfaithful Milanese husband. After discovering yet another affair, Catherine takes refuge in Paris at her mother’s home, accompanied by her own daughter, Luna. Christiane, who in spite of occasional dalliances lived a beautiful love story with her late husband, uses all of her freethinking charm to try to wean Catherine of her rigid self-pity.

While listening to her mother and grandmother, Luna becomes increasingly curious about Christiane’s aristocratic Catholic background, prompting Christiane to tell the story of her father’s war experiences and the devastating love affair that brought chaos to the whole family. As memories resurface, the present takes on a different dimension.

With a keen, lighthearted wit, The Devil’s Reward shows that life may be complicated and often painful, but if conventional morals prevail, it becomes unbearable.

Praise For The Devil's Reward: A Novel…

“A sprightly tour through an old woman’s family secrets reveals that loving someone often requires the ability to forgive and a certain ‘sleight of hand.’” —Kirkus Reviews

“The story’s lighthearted and approachable nature allows it to explore both the pain and joy of these [family] connections in an honest way.” —World Literature Today

“A novel that uncovers the hidden nerves of family relationships.” —Marie Claire (Italy)

Emmanuelle de Villepin was born in France in 1959. As a child, she moved to Geneva (where she later attended law school) and then to New York. She has lived in Milan with her husband and three daughters since 1988. She is the vice-president of Fondazione Dynamo and has been president of the association Amici di TOG (Together to Go), a center for rehabilitation programs for children suffering from complex neurological diseases, since 2011. De Villepin has written several novels, inlcuding Tempo di fuga (2006); La ragazza che non voleva morire (2008), which received the Fenice Europa Prize for spreading Italian novels in Europe; La notte di Mattia (2010), a tale illustrated by her daughter Neige De Benedetti; and La vita che scorre (2013), which received the Rapallo Carige Prize for women writers in 2014. Her most recent novel, La parte del diavolo (2016), was shortlisted for the Stresa Prize. De Villepin is fluent in French, Italian, and English.

Christopher Delogu grew up in Portland, Maine. He obtained a Ph.D. in comparative literature from Yale University in 1991. He is the author of two books on Emerson and Tocqueville and has translated a dozen books on a variety of topics as well as scholarly articles. Since 2003 he has been professeur des universités (full professor) in the English Department at the Université Jean Moulin—Lyon 3 in Lyon, France.
Loading...
or
Not Currently Available for Direct Purchase