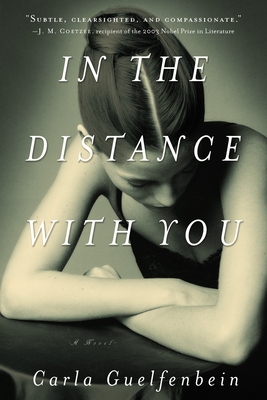 In the Distance with You

As Daniel, Emilia, and Horacio tell their stories, they reconstruct Vera’s past, and search for their own identities. Spanning from modern-day Chile to the 1950s, 60s, and through the years of the Pinochet dictatorship, With You at a Distance reveals successive mysteries anddiscoveries like a set of Russian nesting dolls.

Praise For In the Distance with You: A Novel…

“A stunningly constructed narrative…As absorbing as any mystery.” —Library Journal, Best Books of the Year

“This luminous and eloquent novel will appeal in particular to readers with an interest in Latin American literature.” —Booklist (starred review)

“[This mystery] will leave you puzzling over questions, both specific to the book and more relevant to life in general, as you try and figure out not just who Sigall is, but who you are, who anyone is.” —Nylon, 46 Great Books to Read This Summer

“There’s something about a good literary mystery that can satisfy a reader on multiple levels…compelling…the real power here comes from the overlapping plotlines, which venture into some unexpected places.” —Words Without Borders

“The subject of this profound and intricate novel is the irreducible mystery at the core of every person, the buried lines of history and desire that render us inscrutable even to ourselves. Carla Guelfenbein is an important and powerful writer, and this translation is a gift to English-language readers.” —Garth Greenwell, author of What Belongs to You

“Three figures gather around the comatose body of a legendary Latin American writer, trying—in different ways and before it’s too late—to unveil the dying woman’s secrets. With In the Distance with You, Carla Guelfenbein has created a truly thrilling book about books, a novel about the spell great writers cast on either side of the grave.” —Benjamin Moser, author of Why This World: A Biography of Clarice Lispector

Carla Guelfenbein studied biology at Essex University. She also studied graphic design at St. Martin’s School of Art in London. Back in Chile she worked as Art director in BBDO, and fashion editor at ELLE. She is the author of the novels El revés del alma, La mujer de mi vida, El resto es silencio, Nadar desnudas, Contigo en la distancia, and a number of short stories which have appeared in important magazines and anthologies. Her work has been translated into 14 languages by the most prestigious editorial houses in Europe. Guelfenbein is one of the last best-selling phenomenas of the Chilean narrative. Her second novel ousted Dan Brown in the top of the ranking. Contigo en la distancia won the important Alfaguara prize, and was simultaneously launched in Spain and Latin America.

John Cullen is the translator of many books from Spanish, French, German, and Italian, including Susanna Tamaro’s Follow Your Heart, Philippe Claudel’s Brodeck, Carla Guelfenbein’s In the Distance with You, Juli Zeh’s Empty Hearts, Patrick Modiano’s Villa Triste, and Kamel Daoud’s The Meursault Investigation. He lives in upstate New York.
Loading...
or
Not Currently Available for Direct Purchase