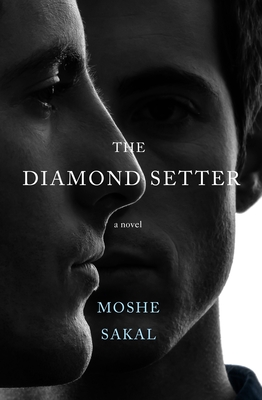 Inspired by true events, this best-selling Israeli novel traces a complex web of love triangles, homoerotic tensions, and family secrets across generations and borders, illuminating diverse facets of life in the Middle East.

The uneventful life of a jeweler from Tel Aviv changes abruptly in 2011 after Fareed, a handsome young man from Damascus, crosses illegally into Israel and makes his way to the ancient port city of Jaffa in search of his roots. In his pocket is a piece of a famous blue diamond known as "Sabakh." Intending to return the diamond to its rightful owner, Fareed is soon swept up in Tel Aviv's vibrant gay scene, and a turbulent protest movement. He falls in love with both an Israeli soldier and his boyfriend--the narrator of this book--and reveals the story of his family's past: a tale of forbidden love beginning in the 1930s that connects Fareed and the jeweler.

Following Sabakh's winding path, The Diamond Setter ties present-day events to a forgotten time before the establishment of the State of Israel divided the region. Moshe Sakal's poignant mosaic of characters, locales, and cultures encourages us to see the Middle East beyond its violent conflicts.

Praise For The Diamond Setter: A Novel…

“A kaleidoscopic journey into the Middle East of the present and the not-so-distant past…As the mystery of the diamond unfolds, characters’ paths cross in unexpected ways—reminding the reader that we are all, in some way or another, connected.” —Kirkus Reviews

“…what’s best is the unselfconsciously sensuous writing (with a range of sexuality easily accepted) and the beautifully depicted sense of a time gone by when borders were open and Jew and Arab commingled.” —Library Journal

“There are…sparkling, beautiful passages in this novel…The Diamond Setter is very relevant: Jaffa and Tel Aviv represent a modern city’s role in justice, the quest for equality, and continuing rationality in a very irrational area of the world.” —Huffington Post

“Sakal makes room for his narrative to encompass huge issues: the geopolitics of the Middle East, gentrification, sexuality, borders, aging, and the bonds of family. Yet this book never feels ponderous: Sakal keeps things moving briskly throughout…the charm of the novel’s characters and the humanism with which Sakal tells this story go a long way.” —Words Without Borders

“A fascinating glimpse into an early twentieth-century Middle East, where familial entanglements and intimacies of all kinds still flourished between Jews and Arabs.” —Judith Frank, author of All I Love and Know

“Moshe Sakal’s books make me miss a life I never lived. In The Diamond Setter, he surpasses himself [with] the blue diamond’s wonderful journey across continents and nations. A rare book by a rare writer.” —Ari Folman, Golden Globe winner and Oscar nominee for Waltz with Bashir

“The blue diamond ‘Sabakh’ becomes the underlying common thread that interweaves fascinating and beautiful characters, bridging different generations and countries in this captivating novel from Moshe Sakal. The Diamond Setter is a mystery that unfolds brilliantly. I cannot recommend it enough.” —Hasan Namir, Lambda Literary Award–winning author of God in Pink

“Moshe Sakal’s The Diamond Setter is an ambitious novel that is epic in scope (even while most of its geography comes back to a small section of Tel Aviv/Jaffa) and at the same time tightly focused on the intergenerational lives and loves of its characters. Like one of the titular multi-faceted gemstones, it’s reflective and refractive—actively twisting and weaving our perceptions of history and myth (personal myths and national myths) and even the very notions of narrative itself, breaking the fourth wall of the novel as it explores activism, politics, pinkwashing, and the Arab Spring, love triangles, and the notions of home and the right(s) of return.” —Lawrence Schimel, two-time Lambda Literary Award–winning author and translator

“With beautiful and loving language, Sakal looks through the eyes of [his characters] to tell a story of Jaffa and Damascus in the early part of the last century, and today. The pages exude the aromas of a vibrant life that has since vanished.” —Haaretz

Moshe Sakal is the author of five Hebrew novels, including the best-selling novel Yolanda, which was shortlisted for the Sapir Prize (the Israeli Booker) in 2011. Sakal was awarded the title of Honorary Fellow in Writing by the University of Iowa, the Eshkol prize for his work, and a Fulbright grant (the America-Israel Education Trust). He has published essays and opinion pieces in several major Israeli outlets including Ha’aretz as well as in Le Monde (France) and Forward (USA). His novel, Sister, was published in Israel in May 2016 and was longlisted for the Sapir prize. Fluent in three languages, Sakal studied and worked in France between 2000 and 2006. Until recently, he headed the Literary Division of the Israeli Center for Books and Libraries.

Jessica Cohen is a freelance translator born in England, raised in Israel, and living in Denver. She translates contemporary Israeli prose, poetry, and other creative work. Her translations include David Grossman’s critically acclaimed A Horse Walks into a Bar (winner of the 2017 Man Booker International Prize), and works by major Israeli writers including Etgar Keret, Rutu Modan, Dorit Rabinyan and Ronit Matalon, as well as Golden Globe-winning director Ari Folman. She is a past board member of the American Literary Translators Association and has served as a judge for the National Translation Award.
Loading...
or
Not Currently Available for Direct Purchase