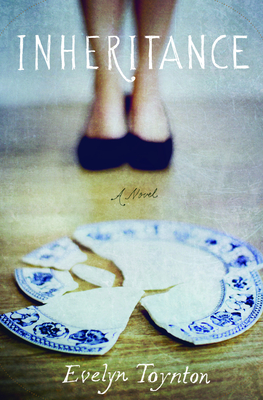 In this luminous novel about romance and illusion—and what's left of love when they're stripped away—an American Anglophile is drawn into the lives of a disintegrating aristocratic family.

After the sudden death of her husband, Annie Devereaux flees to England, site of the nostalgic fantasies her father spun for her before he deserted the family. A chance encounter in London leads Annie to cancel her return to New York and move in with Julian, the disaffected, moody son of Helena Denby, a famous British geneticist. As their relationship progresses, Annie meets Julian's sisters Isabel and Sasha, each of them fragile in her own way, and becomes infatuated with visions of their idyllic childhood in England's West Country. But the more she uncovers about Julian's past, the more he explodes into rage and violence. Finally tearing herself away, Annie winds up adrift in London, rescued from her loneliness only when she and Isabel form an unexpected bond.

Slowly, with Isabel as her reluctant guide, Annie learns of the emotional devastation that Helena's warped arrogance, her monstrous will to dominate, inflicted on her children. The family who once embodied Annie's idealized conception of England is actually caught in a nightmare of betrayal and guilt that spirals inexorably into tragedy.

Praise For Inheritance: A Novel…

“A finely phrased and observed piece of writing.” —Kirkus Reviews

“An intense and beautifully written novel, a vivid portrayal of romantic Anglophilia and disillusionment, explored in all its sorrowful and comic complexity.” —Joan Brady, Whitbread Award–winning author of Theory of War

“A scrupulously observed story of an American Anglophile confronted by the quirks, cruelties, and delusions of the English upper classes—I was fascinated.” —Lynn Freed, author of The Last Laugh

“Evelyn Toynton’s riveting new novel, about an American in England and the aristocratic family who fascinate her, artfully explores the damage done by ideals and illusions, while exposing the underlying reality no one wants to acknowledge.” —Carole Angier, biographer of Jean Rhys and Primo Levi

“Evelyn Toynton’s latest novel is a pitch-perfect exploration of an aristocratic English family whose inheritance is both glorious and grim. With her superb eye for cultural and psychological details, Toynton pulls us easily into a world that is at once familiar and uncommon, dark, witty, and achingly human.” —Elizabeth Benedict, author of Almost

Evelyn Toynton’s most recent book was Jackson Pollock, published by Yale University Press in 2012. Her novel Modern Art was a New York Times Notable Book of the Year and was translated into Russian; Other Press published her second novel, The Oriental Wife, which has been optioned for a film and published in a Greek translation. Her essays, articles, and reviews have appeared in Harper’s, The Atlantic, American Scholar, London Review of Books, Times Literary Supplement, Salmagundi, and Prospect, among others, and have been reprinted in several anthologies, including Rereadings; Mentors, Muses & Monsters; and Table Talk from the Threepenny Review.
Loading...
or
Not Currently Available for Direct Purchase