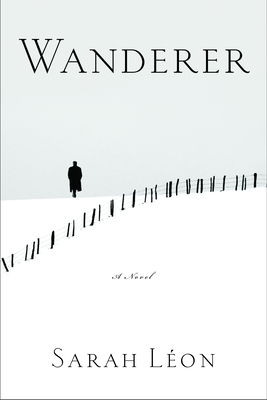 Named a Best Book of the Year by The Advocate

An exceptional debut novel that explores the stifled, unspoken feelings of a music teacher and his former student, and the damage done by their years of silence

Wanderer, echoing Schubert's recurring theme, is a novel of rare delicacy, a twilight adagio, a Winterreise, and a subtle ode to German Romanticism.

Praise For Wanderer: A Novel…

“An intriguing, poetic work…the pathos of the French countryside is depicted vividly—it is a landscape of a Brueghel painting, Ms. Léon using a palette of various shades of grey and blinding, frightening white. Descriptions of the changing effects of light, perhaps a nod to Gustave Flaubert, are particularly striking.” —The Economist

“An elegant and finely focused winter’s tale. It starts out quietly dramatic and atmospheric but gradually builds and burns…nimbly done…gripping.” —Minneapolis Star Tribune

“The friendship of two men bound together by their all-consuming dedication to music is at the center of this novel.” —The New Yorker

“[A] poetic tale of music, love, lust, and dark secrets.” —The Advocate, The Best LGBTQ Novels We Discovered This Year

“Léon perfectly measures out past and present to reach a satisfying and intimate crescendo.” —Booklist

“[Wanderer] treats the relationship between the two men with a delicacy that is unexpectedly moving.” —Kirkus Reviews

“Léon has interesting things to say about friendship and love—and about the way that those two registers of feeling vex each other.” —World Literature Today

“This is a first novel as visual as it is musical, which reads in one go and leaves behind another beautiful melody: that of a new talent blossoming.” —Luxemburger Wort

“A story of reunion between musicians. A story of friendship between two men. A tribute to the great German Romanticism. All in a light, refined prose imbued with winter tones.” —La Montagne

Sarah Léon was born in 1995 and studied literature and musicology at the École normale supérieure in Paris. She won the 2012 Prix Clara for her novella, Mon Alban.

John Cullen is the translator of many books from Spanish, French, German, and Italian, including Susanna Tamaro’s Follow Your Heart, Philippe Claudel’s Brodeck, Carla Guelfenbein’s In the Distance with You, Juli Zeh’s Empty Hearts, Patrick Modiano’s Villa Triste, and Kamel Daoud’s The Meursault Investigation. He lives in upstate New York.
Loading...
or
Not Currently Available for Direct Purchase