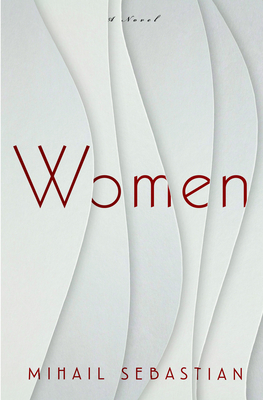 A rediscovered classic from the author of For Two Thousand Years, this remarkable novel presents nuanced snapshots of love in the early twentieth century.

Stefan Valeriu, a young man from Romania who has just completed his medical studies in Paris, spends his vacation in the Alps, where he quickly becomes entangled with three different women. We follow Stefan after his return to Paris as he reflects on the women in his life, at times playing the lover, and at others observing shrewdly from the periphery.

Praise For Women: A Novel…

“A compelling portrait of desire in its many convoluted manifestations.” —Kirkus Reviews


Praise for For Two Thousand Years:

“Nothing I have read is more affecting than Mihail Sebastian's magnificent, haunting 1934 novel, For Two Thousand Years.” —Philippe Sands, The Guardian, Best Books of 2016

“For Two Thousand Years wonderfully captures the sense of prewar Romania in all its sophistication, its beauty, and its horror…I love Sebastian’s courage, his lightness, and his wit.” —John Banville, author of The Sea

“Mordant, meditative, knotty, provocative…More than a fascinating historical document, it is a coherent and persuasive novel…Philip Ó Ceallaigh’s translation is highly convincing and sweeps us along with its protagonist’s emotional shifts.” —Financial Times

“One of the most unusual, seductive, and beautiful books I’ve read in years. It has lightness of touch coupled with astonishing range…Like any classic of a type we’ve not seen before, it is a book which needs to be read and reread and which, over years, will become a reliable friend for life.” —Jewish Quarterly

“Complex, unsettling…Sebastian seldom provoked indifference in his readers. That is why he belongs in the pantheon of classic authors.” —New Statesman

Mihail Sebastian was born in Romania in 1907 as Iosef Hechter. He worked as a lawyer and writer until anti-Semitic legislation forced him to abandon his public career. Having survived the war and the Holocaust, he was killed in a road accident in early 1945 as he was crossing the street to teach his first class. His long-lost diary, Journal 1935–1944: The Fascist Years, was published to great acclaim in the late 1990s.

Philip Ó Ceallaigh is short-story writer as well as a translator. In 2006 he won the Rooney Prize for Irish Literature. His two short-story collections, Notes from a Turkish Whorehouse and The Pleasant Light of Day, were short-listed for the Frank O’Connor International Short Story Award. He lives in Bucharest.
Loading...
or
Not Currently Available for Direct Purchase