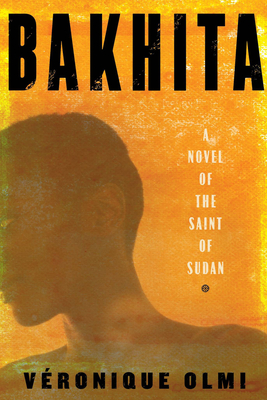 A Novel of the Saint of Sudan

Inspired by the true story of a former slave who became a saint, this poignant novel explores how a human being can survive the obliteration of her identity, and how kindness and generosity can be born out of profound trauma.

She recalls little of her childhood, not even her own name. She was barely seven years old when she was snatched by slave raiders from her village in the Darfur region of southern Sudan. In a cruel twist, they gave her the name that she will carry for the rest of her life: Bakhita, "the Lucky One" in Arabic. Sold and resold along the slave trade routes, Bakhita endures years of unspeakable abuse and terror. At age thirteen, at last, her life takes a turn when the Italian consul in Khartoum purchases her. A few years later, as chaos engulfs the capital, the consul returns to Italy, taking Bakhita with him. In this new land, another long and arduous journey begins--one that leads her onto a spiritual path for which she is still revered today.

With rich, evocative language, Véronique Olmi immerses the reader in Bakhita's world--her unfathomable resilience, her stubborn desire to live, and her ability to turn toward the pain of others in spite of the terrible sufferings that she too must endure.

Véronique Olmi is an actor, playwright, and stage director who has written several novels, including the critically acclaimed Beside the Sea and Cet été-là, for which she received the Prix Maison de la Presse in 2011. She has also published two plays, Une séparation and Un autre que moi.

Adriana Hunter studied French and Drama at the University of London. She has translated more than eighty books, including Véronique Olmi’s Bakhita and Hervé Le Tellier’s Eléctrico W, winner of the French-American Foundation’s 2013 Translation Prize in Fiction. She lives in Kent, England.

Praise For Bakhita: A Novel of the Saint of Sudan…

“Affecting…a sincere and serious rendering of Bakhita’s life…that emphasizes the profundity of [her] personal presence, even power…Bakhita’s brutal story is also a story full of wonder.” —New York Times

“Bakhita’s story, and the author’s gripping wordplay, convey the unspeakable brutality of slavery and one woman’s irrepressible will to live.” —Publishers Weekly

“Olmi’s tale provides a glimpse into [Bakhita’s] interior life, revealing the woman within the saint.” —Booklist

“I was enthralled and moved by Olmi’s account of Bakhita’s life. This spare and sensuous novel is unflinching, yet not exploitative. Everyone should read this book.” —Therese Anne Fowler, New York Times bestselling author of A Well-Behaved Woman and Z

“Intimate in tone, epic in scope, Bakhita tells the moving story of one woman’s trajectory from bondage to faith and healing.” —Mitchell James Kaplan, author of By Fire, By Water

“Poignant…Olmi enters into this character with empathy but without excessive pathos.” —Le Figaro
or
Buy Here
Copyright © 2020 American Booksellers Association