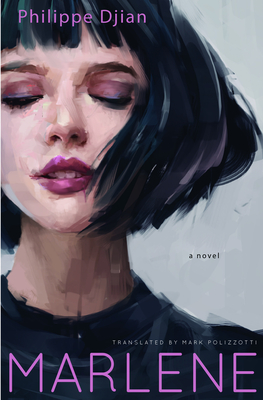 Yemen. Iraq. Afghanistan. After returning from combat to a quiet garrison town, Dan and Richard struggle in their different ways to regain a sense of normality. Dan, desperate to prove to his bourgeois neighbors that he isn’t the violent, unstable veteran they’d expect, sticks to a rigorous routine and keeps his head down. Richard, on the other hand, doesn’t resist his impulses, repeatedly flouting the law and spending money he doesn’t have. All the while, his home life is gradually falling apart—unbeknownst to him, his wife has been having an affair, and his teenaged daughter is becoming increasingly distant and even hostile.

The arrival of Richard’s sister-in-law, Marlene—a woman with a reputation for sleeping around and bringing bad luck wherever she goes—threatens to destroy what little peace the two men have, calling into question their seemingly unbreakable bond.

Praise For Marlene: A Novel…

“[A] novel of bad habits, betrayals, and unrivaled family dysfunction…Djian’s feat is to tell a story of such dramatic disintegration with so few pen strokes.” —Wall Street Journal

“A crisp yet dreamlike trip through five lives torn apart by war, secrets, and betrayal…every word and short section is intentional and effective…Marlene begs to be read in one tense sitting.” —Shelf Awareness

“Marlene reads like noir cinema mixed with a dream. A subtle and haunting book that I couldn’t put down.” —Brian Castner, author of The Long Walk

“Marlene is a powerful novel that whispers the true nature of conflict when warriors return from the battlefield. It is not always rifles and sabres that rattle; it is often rationality and relationships. Philippe Djian deftly and poetically navigates our nature in the context of his characters’ closest human connections.” —Matthew J. Hefti, author of A Hard and Heavy Thing

“Over the years and novels, Philippe Djian sculpts ever more subtle, ever more powerful female characters. He continues here to surprise us, shake us, dazzle us with his stylistic boldness, ever more thrilling and perfectly mastered.” —Télérama

“A book that needs to be read to the end, line by line, to fully appreciate the complex equilibrium that the seasoned author has succeeded in establishing.” —Les Inrockuptibles, Best Books of the Year

“[Djian] lets an unpredictable woman tell her side of the story…events and moods flow into each other without warning or apology.” —Bookforum

Philippe Djian is the award-winning author of more than twenty novels, including the bestseller 37°2 le matin, published in the United States as Betty Blue. His novel Elle (Other Press, 2017) was a bestseller in France, where it received the 2012 Prix Interallié, and was adapted into a film directed by Paul Verhoeven and starring Isabelle Huppert.

Mark Polizzotti has translated more than fifty books from the French, including works by Gustave Flaubert, Patrick Modiano, Marguerite Duras, André Breton, and Raymond Roussel. A Chevalier of the Ordre des Arts et des Lettres and the recipient of a 2016 American Academy of Arts & Letters Award for Literature, he is the author of eleven books. He directs the publications program at the Metropolitan Museum of Art in New York.
Loading...
or
Not Currently Available for Direct Purchase