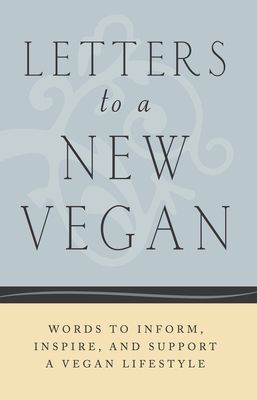 Letters to a New Vegan

Words to Inform, Inspire, and Support a Vegan Lifestyle

You're interested in becoming a vegan but aren't sure what it will be like. You've just started out on your vegan journey and you're feeling isolated and wondering how to deal with friends and family. You've been a vegan for so long that you've forgotten the original impetus for your making the change and want to feel renewed. This book is for you.

In the spirit of Rainer Maria Rilke's Letters to a Young Poet and conceived of as a modern-day vade mecum, Letters to a New Vegan consists of 32 humorous, evocative, spirited, and even tender epistles offering advice, counsel, and inspiration from activists and leaders who've followed the vegan path for years. The aim is to ignite, sustain, and refresh the passion and commitment of those who want to live more consciously and compassionately on the planet, with other people, and with themselves.