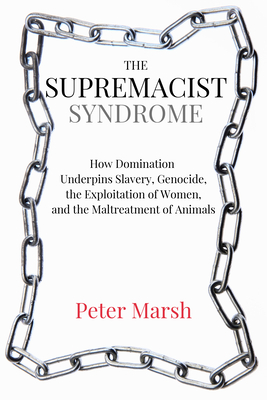 How Domination Underpins Slavery, Genocide, the Exploitation of Women, and the Maltreatment of Animals

A careful and compelling examination of the human supremacism that underlies ideologies such as anti-Semitism, genocide, racism, misogyny, and cruelty to animals.

Proponents of human exceptionalism claim that only humans possess certain morally significant capacities, and as a result are entitled to be treated better than members of all other species. In the last fifty years, scientists have discovered how these capacities are shared by other species, which only raises the questions of how and why we evade responsibility for inhumane behavior, not only to animals but to one another.

To answer these questions, independent scholar Peter Marsh examines in depth three different ideologies: ethnonationalist supremacism (the Holocaust in Hungary), racial supremacism (the rule of King Leopold II of Belgium in the Congo), and gender-based supremacism (men’s treatment of women in Victorian and Edwardian England). He shows how supremacists applied mechanisms of moral disengagement to legitimize and evade personal responsibility for oppressing and exploiting members of a less-powerful group.

Marsh then considers whether these different types of supremacism have common features and compares them to the way we treat animals to examine whether that, too, causes unjustified harm to members of a weaker group and is wrong in the same way racism, sexism, and other supremacist ideologies are. Finally, he asks what we can do to overcome human supremacism and other supremacist ideologies, providing practical examples of cross-cultural collaboration, humane education, veganism, and extending concepts of identity beyond borders of culture, race, and nation.

Peter Marsh received a bachelor’s degree in Psychology from Wesleyan University in 1976. Since receiving a law degree four years later, he has represented people with disabilities and organizations that provide services to them. He has also helped government agencies, foundations, and nonprofit groups develop humane animal protection programs throughout the United States and written two books about the eradication of population-control killing in animal shelters. Peter lives with his wife in a small New Hampshire town.
Loading...
or
Not Currently Available for Direct Purchase